Connie Chung is married to renowned American TV presented Maury Povich, December 2, 1984, with who she had co-hosted the show ‘Weekends with Maury and Connie’ on MSNBC. The couple adopted a son named Matthew in 1995. 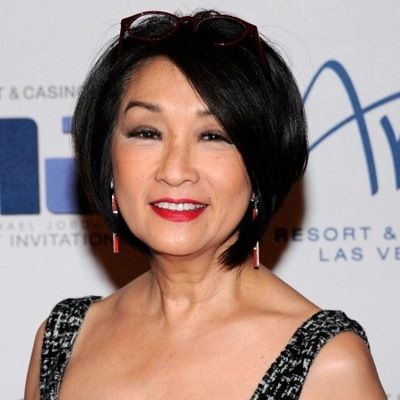 I was just going at this career - boom, boom, boom! Then all of a sudden, at 38, Oh, my God - I forgot to get married! Well, honestly, both my husband and I tend to ignore the tabloids. We see them every once in awhile or it comes to our attention that we are in a tabloid for one reason or another. But it's always false

The ones who are the smartest are the ones who use us. In other words, they understand the relationship between the press and leaders.

Who is Connie Chung?

Connie  Chung is a well-known American journalist of Chinese origin. During her career, she has worked as an anchor as well as a reporter for the U.S. television news networks such as NBC, CBS, ABC, CNN, and MSNBC. Similarly, she launched a program ‘Eye to Eye with Connie Chung’ which became quite popular across the country. Also, the program was mixed with news and celebrity-friendly feature interviews. Though the program was popular among viewers, Chung was criticized for focusing more on entertainment rather than news.

She was born in Washington DC in the United States on August 20, 1946. Her birth name is Constance Yu-Hwa Chung, and she is currently 73 years old. Her birth sign is Leo. She was born to parents; William Ling Chung (father) and Margaret Ma (mother). She has a sister named Josephine Chen. Connie holds American citizenship and Chinese ethnicity.

She completed her graduation from Montgomery Blair High School in Silver Spring, Maryland, she went to study journalism at the University of Maryland, College Park. She received her degree in 1969.

She also made a film appearance in 1984. The film was directed by Paul Mazursky. The story is about the defection of a Russian musician, played by Robin Williams, who works with the Moscow Circus. Meanwhile, in her journalistic career, she also had moved to NBC in 1983. Within a few years, she became one of the most popular TV journalists in the country.

Later in 1989, she signed a three-year deal with CBS. Then she launched a program called ‘Eye to Eye with Connie Chung.’ Though it received mixed reviews, it became quite popular.  The series typically used to run around four to five stories in each one-hour installment. However, she quit in 1990 stating that she was leaving the program as she was planning to have a baby.

During 1995, she had an interview with Kathleen Gingrich, mother of Newt Gingrich, the Republican politician who had served as the 50th speaker of the US House of Representatives. Later in the year 2006, along with Maury Povich, Connie Chung hosted a program ‘Weekends with Maury and Connie’ on MSNBC television.

Connie attempted unsuccessfully to launch her own news program alongside Povich before moving to ABC News in December 1997, where she anchored the Friday night newsmagazine 20/20. At 20/20, she scored the first interview with Congressman Gary Condit after the 2001 disappearance of intern Chandra Levy.

In 2002, she moved to CNN to anchor a new show competing with Fox News Channel pundit Bill O’Reilly. Likewise, in 2006, she returned to TV with her husband on a Saturday morning show called Weekends With Maury & Connie.

She has received numerous awards during her career for her contributions to journalism. These include a certificate of achievement by the US Humane Society in 1969 for a series of broadcasts that helped to enhance public awareness of cruelty in seal hunting.

She has also received honorary doctorates in journalism from several universities. She has an estimated net worth of around $15 million and she has earned that sum of money from her professional career.

She has a height 5 feet 1 inch and she weighs is 51Kg. Connie’s hair color is black and her eyes color is brown.