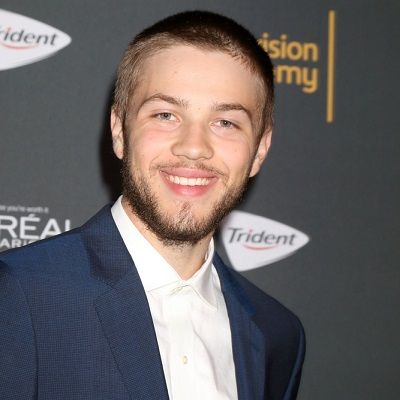 Connor Jessup is currently in a relationship with Miles Heizer. Miles is an American actor known for playing the role of Alex Standall in the Netflix series 13 Reasons Why.

They confirmed dating in February 2020. On 16th February 2020, he wished him on Valentine’s Day. Similarly, Miles wished Connor on his birthday in 2019 by sharing a post on Instagram.

Connor claimed that Miles helped him to open about his sexuality.

Who is Connor Jessup?

Connor Jessup was born as Connor William Jessup on 23rd June 1994 in Toronto, Ontario, Canada. He was born to mother Brenda Thurston. He has not revealed his father’s name.

Similarly, he has a brother Liam with whom he was raised. He has not revealed his education details.

Connor started acting from the age of 11. His roles include in TV series like The Jon Dore Television Show, The Saddle Club, King, Falling Skies: The Enemy Within, Falling Skies, American Crime, and Locke & Key.

His short movie appearance is in What Doesn’t Kill You, Fragments, Crazy House, and others.

As a director, he has worked in Night Flight, Casey MQ: The Constant, Lira’s Forest, Boy, Little Coffins and I Don’t Hurt Anymore!

As a producer and writer, he worked in Lira’s Forest, Boy, Little Coffins, Amy George, and I Don’t Hurt Anymore.

There were rumors that he was dating 13 Reasons Why actor Miles Heizer. They confirmed dating recently. He is doing well in his career and has not been part of any big rumors and controversy.

Connor has brown hair and hazel eyes. He is 5 feet 11 inches tall and weighs around 70 kg.