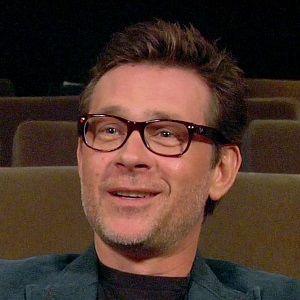 “Someone said that Paramount went to the well one too many times and our show just happened to be that walk to the well. I tend to agree with that. I don't think our numbers were really that much worse than Voyager or Deep Space Nine -- they were all in the same ballpark -- but the cost-to-viewer ratio of Star Trek reached a point when we were making Enterprise where it was no longer satisfactory to the studio. Star Trek was no longer cost effective.”

What is the relationship of Connor Trinneer?

Connor Trinneer has been married to Ariana Navarre since May 29, 2004. The couple welcomed a son, Jasper Trinner on October 11, 2005. The couple has been living together happily. There is no sign of divorce between them.

Who is Connor Trinneer?

Connor Trinneer is an American film, television, and stage actor who is famous for his role as Charles ‘Trip’ Tucker III on ‘Star Trek: Enterprise’, as Professor Moynihan on the web series ‘Guilty party’ and as Michael on the series ‘Stargate Atlantis’.

He was born on March 19, 1969, in Walla Walla, Washington, USA. His birth name is Connor Wyatt Trinner. He is currently 49 years old. He spent many years in Kelso, Washington.

He attended elementary and middle school in Kelso, Washington. Later, he joined Kelso High School and went to attend Pacific Lutheran University in Tacoma, where he played college football. He graduated from there with a Bachelor of Fine Arts in acting and later went to obtain a Master of Fine Arts degree from the University of Missouri-Kansas City.

He became recognized in ‘Arcadis’ at the Huntington Theater Company in Boston. He has spent most of his career in theater, especially a long association with the Circle X Theatre Company in Hollywood.

Connor made guest-starring roles on television like ‘One Life to Live’, ‘Sliders’ and ‘Touched by an Angel’ where he portrayed the role of Zeus Zelenko #2, Samson, and Paul Ratcliff respectively.

He also played as Dr. Thomas Adams in the video game ‘ReCore’ in 2016.

He has not been involved in any rumors and controversies in his professional career and personal life.

He has a height of 5 ft. 11 inches and he weighs 80 kg. Connor has got light red hair and light brown eyes.