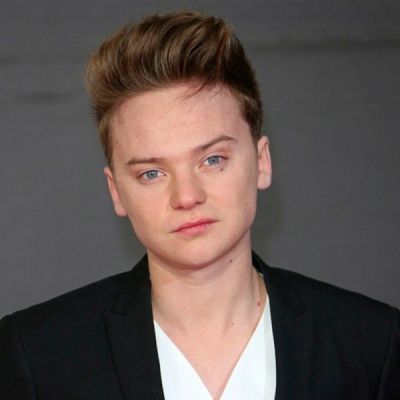 Talking about his love life, Conor Maynard is presently single and he is not dating at the moment. He has not shared his personal life at the moment. It seems that he is focused on his career at the present and does not want to involved in such kind of relationship.

Previously, he was dating Victoria Tansey during his teenage. The couple dated for four years from August 2013. Moreover, they were too young to handle their relationship and eventually ended up in their relationship in September 2017.

Who is Conor Maynard?

Conor Maynard is a well-recognized British singer, songwriter, actor, and YouTube star. Maynard is widely famed for his appearance for MTV’s Brand New for 2012 award and his debut album, Contrast.

Moreover, his debut album ranked #1 on the UK Pop Charts, and his debut single, Can’t Say No reached #2 on the UK singles charts for two weeks.

Conor Maynard was born on 21 November 1992. At present, his age is 28 years old. Likewise, his birthplace is Brighton and Hove, England.

Conor is the son of his father, Gary Maynard whereas his mother is Helen Maynard. Moreover, he has a brother, Jack Maynard, and a younger sister Anna Maynard. Jack is a well-known YouTuber and has more than 1.4 million subscribers. Anna is also a YouTuber who has emerged in Conor’s videos.

Talking about his nationality, Maynard holds a British identity whereas his ethnicity is Caucasian.

Regarding education, the star took his schooling from Cardinal Newman Catholic School in Hove.

Initially, Conor began his career creating his YouTube channel on 19 May 2006. There, he posted his prime video in where Maynard covered the song, Breath of English musician, Lee Carr. Additionally, he also emerged in a television series, Dream Team portraying the role of  Casper Rose.

From the year 2009 to 2011, the singer collaborated with Anthony ‘Anth’ Melo, a rapper, and his close mates. Togetherly, they released a huge number of covers for songs of different artists like the Only Girl in the World of Rihanna and Dynamite of Taio Cruz.

Conor got the nomination and took part in a contest for the Brand New for 2012 award that was organized by MTV in November 2011. He competed with other talented singers like Lana Del Ray, Delilah, Liane La Havas, and Michael Kiwanka. He gained popularity after uploading the cover of the song, Beautiful Monster which highly drew the attention of American singer and songwriter, Ne-Yo.

Furthermore, Ne-Yo took Maynard and signed for  Parlophone and Turn First Management which was a subsidiary of Electric and Musical Industries in 2011. Conor won the Brand New for 2010 contest on 31 January 2012 earning 48% of the total votes.

Conor, in advance, collaborated with the CEO of Turn First, Sarah Stennett, songwriter Sophie Stern, and producer ‘The Invisible Men’  that helped him released his first album, Can’t Say No in the UK on 16 April 2012.

He was highly praised by the fans and followers from different places and Maynard had successfully made his own mark on the entertainment industry. Correspondingly, Conor has started working on his first studio album, Contrast. He released it on 1 May 2012 and sang Can’t Say No at the 7th Annual Edition of the TRL Awards and at Capital Summertime Ball in 2012.

Maynard released his second single, Vegas Girl on 21 July 2012, and his next single got released on 27 August 2013 named R U Crazy. Also, he worked with other pop stars like Pixie Lot, Emma Bunton, Kimberley Walsh, and so on. Conor published his next single, Talking About on 1 March 2015.

English multi-talented celebrity, Maynard has earned a massive amount of money from his multiple profession. Additionally, he owns a YouTube channel that has more than 12.2 million subscribers.

However, the renowned superstar has not disclosed his exact salary, earnings, and assets details till now.

Conor has never been part of any controversial matter or rumors till now. The multi-talented personality has been preoccupied with his private and professional life.

It seems that Maynard prefers enjoying his personal life and does not want to merge it with his professional life.

28 years old, Conor Maynard has dashing looks, a muscular and athletic body, and an admirable personality. He stands at a height of 5feet 9 inches. Also, he has a balanced bodyweight of 72 kg.

Furthermore, Maynard has blue eyes whereas his hair is light brown.

Regarding his social media presence, Conor Maynard is an active personality on social media. Conor has more than 2.2 million followers on his official Instagram account @conormaynard.

He is also active on Twitter with around 1.6 million followers @ConorMaynard. He owns a YouTube channel named Conor Maynard and it has more than 12.2 million subscribers at the moment.

Moreover, Maynard is also available on Facebook with nearly 8.5 million fans and supporters.