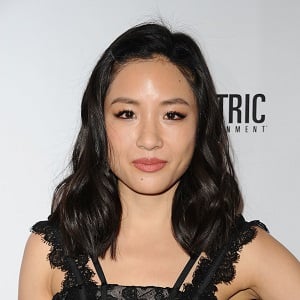 People's passion and desire for authenticity is strong.

You're never going to please everyone, and if you do, there's something wrong.

I'm always hungry for the next thing. I'm never resting on my laurels.

Constance Wu has kept her love life a secret. There are no records available about her past relationships. At present, she is believed to be single.

Who is Constance Wu?

Constance Wu is an American actress. People mostly know her for her roles as Jessica Huang in the ABC comedy series ‘Fresh Off the Boat’. Additionally, she also portrayed Rachel Chu in the 2018 romantic comedy-drama film ‘Crazy Rich Asians’.

Wu was born in Richmond, Virginia as Constance Tianming Wu on March 22, 1982. Her mother was a computer programmer and her father was a biology and genetics professor. Additionally, she has two older sisters and one younger sister. She became interested in the world of acting since her childhood years. She is of American nationality. Furthermore, she belongs to Taiwanese ethnic background.

Talking about her education, Wu graduated from Douglas S. Freeman High School. Additionally, she graduated with a bachelor of fine arts in acting from State University. Furthermore, she also took a graduate degree program in speech pathology at Columbia University.

Wu made her screen debut with role in ‘Stephanie Daley’. In 2006, she also appeared in ‘The Architect’ as Michelle. Additionally, she also played Laudine in the TV series ‘One Life to Live’. In 2007, she had a role in ‘Year of the Fish’ as Lucy. Since then, she has appeared in numerous other movies and television series. All in all, she has over 30 credits as an actress.

Some other movies and television series that Wu has appeared in are ‘All the Creatures Were Stirring’, ‘Eastsiders’, ‘The Feels’, ‘Dimension 404’, ‘Royal Pains’, ‘Children’s Hospital’, ‘Parallels’, ‘Franklin & Bash’, ‘High Moon’, ‘Spooked’, ‘Electric Slide’, ‘Deadly Revenge’, ‘Covert Affairs’, ‘Best Friends Forever’, ‘Watching TV with the Red Chinese’, and ‘Sound of My Voice’ among others. Additionally, Wu also has a credit as a director and another credit as a writer.

Wu has not revealed her current salary. However, she has an estimated net worth of around $ 2 million at present.

Wu made the news after she discussed on the controversy over allegations against Supreme Court nominee Brett Kavanaugh. At present, there are no rumors concerning Wu and her career.

Constance Wu, star of Fresh off the boats, speaks about the diversity in Hollywood! Highlights on the importance of Asian representation!

The Hollywood Movie Hustlers faces a ban in the ultra-conservative South East Asian Country of Malaysia!