TV director Contessa Metcalfe is married and a mother of three. 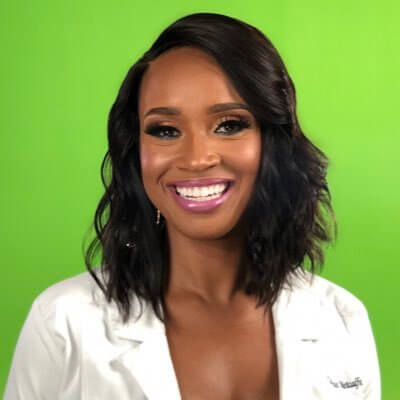 Contessa Metcalfe is a happily married woman. She is married to Walter Scott Metcalfe, who is a family doctor. The couple first met each other while they were attending their medical conference and stayed in a long-distance relationship for two years.

After dating for around two years, they exchanged wedding vows in the year 2005 and since then, have been happily married for more than 15 years.

From their marriage, they have three children. Their first child, Lauren is around nine years old whereas their second child, Landon, and the youngest, Laila, are seven and three years old respectively.

Who is Contessa Metcalfe?

Contessa Metcalfe is an American doctor, reality TV personality, businesswoman, and ex-navy. She is famous as one of the main cast members of the Bravo reality TV series, ‘Married to Medicine’.

In addition to being a reality TV star, she also owns a medical concierge service called Acute Face MD and a restaurant in Atlanta.

Contessa Metcalfe was born on 4th June 1976 in Kansas City, Missouri under the birth sign of Gemini. As of 2020, his age is 45. Her mother was an employee with the U.S Postal Service, whereas her father died in jail when she was attending college. Thus, her childhood was not an easy one.

She spent her childhood days in Kansas City and her ethnicity is All-American.

Talking about her educational background, she went to Xavier University from where she got her bachelor’s degree.

Following that, she went to St. Louis University to earn her degree in medicine. She was awarded a military scholarship and became a flight surgeon.

Metcalfe joined the US Navy because of her family’s financial troubles because of which she could not complete her university education. For her work in the Navy, she received a military scholarship and became a flight surgeon.

She traveled the world as a flight surgeon and eventually settled down working in occupational surgery and other more specialized fields. Moreover, she also focuses on preventive medication.

However, it was in 2017 when she really came to the spotlight by joining the main cast of ‘Married to Medicine’. She is a part of the main cast of the realist series which first aired on March 24, 2013.

It follows the lives of seven women in the Atlanta medical community. Four of them are doctors themselves, while the other members are doctors’ wives. Metcalfe joined the cast in season 5 and has since appeared in two more seasons, the latest being 7.

Metcalfe has brown hair and a pair of brown eyes. She is 5ft. 6 inches tall and she has not revealed her weight and other body measurements. She does, however, seem to be of decent height and has maintained a good body shape.

Contessa Metcalfe has an estimated net worth of over $3.5 million as of 2021. She has acquired a considerable amount of money as a surgeon and a reality TV star.

Moreover, she also owns several businesses. According to some online sites, her annual salary is around $200,000 as of 2021.

Dr. Contessa has not been involved in controversy so far. She has been able to keep herself away from any type of controversy and scandal. So far, she has not done anything controversial in her career. She has kept her profile clean and has simply focused on her career and personal life.

Metcalfe is active on social sites and popular, thanks to her appearance in Married to medicine. She has over 2.1k followers on Facebook and has more than 21.3k followers on Twitter whereas her Instagram account has over 241k followers.

You may also like to read more about the Bio, Career, Net Worth, and more about Joe Giudice, Vicki Gunvalson, Vanessa Simmons, and more.

What kind of doctor is Contessa?