Skip to content
Married Biography
Married Biography / Entertainment / Controversy Queen, Molly O'Malia has gained a lot of negative popularity after she was in contact with the rapper Tyga. Also her childhood was traumatic

Controversy Queen, Molly O’Malia has gained a lot of negative popularity after she was in contact with the rapper Tyga. Also her childhood was traumatic

Posted by MarriedBiography Last Modified August 2, 2019 | In controversy
Share this 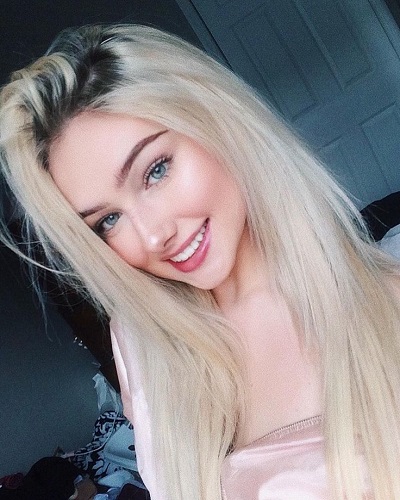 Sweet and sexy Molly O’Malia has a face and body which every man would dream of. She is not only a beauty queen but also a career-oriented girl. She is a social media star having thousands of followers and she came into the limelight after being in a controversy with Tyga. Tyga is a Grammy Award-winning rapper.

You may like to read The acid attack survivor Katie Piper provides an update on Instagram about her gory eye surgery and May 2019 sepsis!

What was the fuss all about Tyga?

Born on 22nd May 2001, she is 18 years old and at such an early age, she has had so many controversies. Her pictures and selfies which she uploads on her Instagram and Twitter account started getting attention and in the year 2015, it was reported that she was flirting with Tyga as reported by ‘OK magazine’. She stated,

“I want people to know the truth. The truth is that Tyga contacted me first, he direct messaged me on Instagram. I knew who he was, but I was surprised that he was contacting me.”

When asked by the media to Molly about the conversation with Tyga, she confirmed that she spoke to him but it was a friendly conversation and nothing sexual or raunchy. But her mother was seen saying,

“falsely [insinuating] that there was an inappropriate sexually suggestive relationship going on between Tyga and Molly.”

Also, it was reported that his manager communicated her for the business purpose and that time she lied to his manager that she was 17 years old. No business happened with Tyga after she lied about her age.

After Tyga controversy, she deleted her Twitter account which had over 50k followers in it because she was getting a lot of hate messages which she was not being able to handle at that age. After that, she came to attention with another rapper named Bobo Norco.

She started exchanging messages with Bobo Norco as well and told him that she was 18 years old. Also, she told Norco that she will be moving to Los Angeles after finishing school. Then after knowing about this, she gained negative fame for lying her age and trying to be ‘wannabe’ so desperately.

According to the sources, this 18-year-old controversy queen has a height of 5 feet 6 inches and her weight is unknown. She has a sexy body with a measurement of 34-23-34 inches. She has a doll face with blonde hair color and her eye color is blue.

Molly was born on May 22, 2001, in Wilmington, Delaware, United States. Her mother’s name is Anne Lowry O’Malia and father’s name is unknown. She has a sister named Christina O Malia. Her childhood was not a normal one because her father used to verbally abuse her along with her mother and sister.

Screenshots between tyga & the “14” year old via @TMZ she lied!!!!! pic.twitter.com/gZMebuDsOb

And on November 4, 2011, her sister had a very severe car accident and she suffered a critical brain injury. In 2011 itself her mother and father divorced. And she and her mother took very good care of her sister because of which her sister recovered quickly from the injury.

Molly O’Malia is an American singer, model, and social media personality. She is a controversy queen as she is involved in some type of scandal often. More bio… 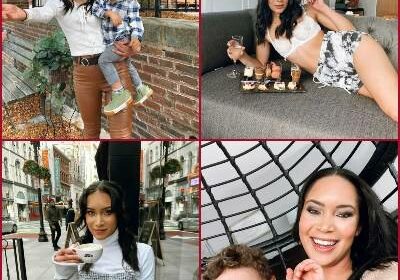