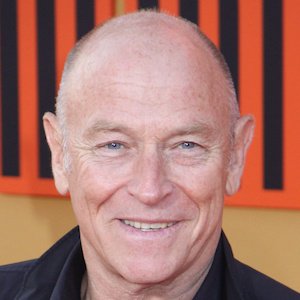 “If you're truthful with yourself and others, forgiveness clears the path to righteousness, to grace. All we want is grace. We all want that light in our lives. And we can only get that when we go deep into truth.”

What is the relationship of Corbin Bernsen?

Who is Corbin Bernsen?

Corbin Bernsen is an American actor and director and he is best known for his work on television. He is also popular for his role as a divorce attorney in drama series ‘L.A. Law’, as Dr. Alan Feinstone in ‘The Dentist’ and for several other roles.

He has a brother, Collin Bernsen, and a sister, Caren Bernsen. He holds American citizenship and he has a mixed ethnicity of Jewish, English, Iris, and Scottish. He comes from an entertainment family background.

He studied and graduated from Beverly Hills High School in 1972 and he received a double Bruin in BA in Theater Arts in 1977 and an MFA in Playwriting from the University of California in 1979.

He made his appearance for two years in the soap opera ‘Ryan’s Hope’ and then he was cast as lawyer Arnold Becker in the television series ‘L.A. Law’ in 1986. He made his appearance in the movies like ‘Kounterfeit’, and ‘Aurora: Operation Intercept. He portrayed the role of John Durant in ‘General Hospital’ from 2004 to 2006. Corbin also appeared in the movie ‘Psych’ as Henry Spencer, father of Shawn Spencer, and his other noticeable works include: ’25 Hill’, ‘Rust’, Switched at Birth’, etc.

Corbin worked in a company named Public Media Works in which he was a president and co-owner he came up with a movie under his direction called ‘Carpool Guy’ and it was released in 2005.

He debuted his writing carer with the novel, ‘Rust: the Novel’ in October 2015. He also came with his writing, ‘Open House: Reinventing Space for Simple Living.

He has been nominated for several awards which include: Golden Globe Award for the Best Performance by an actor in a television Series-Drama in 1989 and 1990 respectively, Emmy award for Outstanding Lead Actor in a Drama Series in 1987, and 1988 respectively.

Corbin Bernsen: Net Worth and Salary

It is estimated that he has a net worth of around $16 million as of 2022, and his main source of earnings is his professional career.

There are not any news about his rumor and controversies. He likes to remain far from the rumor and likes to be secretive in his personal matter.

He has a height of 5 ft. 11 inches and he weighs 70 kg. He has got light brown eyes and blonde hair. Other information about his body is not available.