But in the past, he exchanged vows with Tracy DiMarco on 30 Aug 2013. His ex-wife is a TV star who appeared in Jerseylicious and they married on the show’s 6th season.

She used to work for The Gatsby Salon, The Glam Fairy, and Anthony Robert Salon.

Together this former couple has three children. Their two daughters are Skylar James (b. 2015) and Jayden Gene (b. 2016) and their son is Julian (b. 2018). Julian is deaf by birth and went through cochlear implants.

But as of now, Corey and Tracy are no longer together. They separated in 2019 and their divorce was finalized in April 2021. 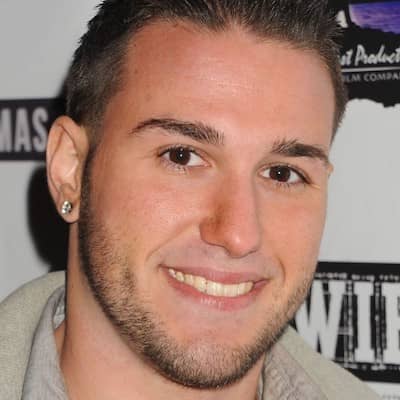 Who is Corey Epstein?

He is also popular for marrying and divorcing another TV star Tracy DiMarco.

His birthdate is 08 March 1990 and he was born in New York, the United States. The name of his mother and his father’s identity is not revealed.

Further, Corey’s ancestry is Caucasian and as per his academics, the details are still hidden.

Corey Epstein is mostly known for seeing in a TV show named Jerseylicious. He started to feature from season four till season six.

The show was aired in March 2010 and it ran for six seasons with 112 episodes. The other cast members were Olivia Sharpe, Alexa Prisco, Gigi Liscio, Anthony Lombardi, Gayle Giacomo, and Christy Pereira.

By the 2022’s data, he has earned an estimated net worth of around $100k. However, his salary and other revenues are not yet calculated.

This Jerseylicious star is keeping himself away from scandals as well as rumors at present. But once he was in the bar where he took a fight and the other guy stabbed him.

Moreover, Corey was also arrested in the year 2013 for selling drugs. Fortunately, he did not go to jail but was released on a plea deal.

Corey Epstein’s height and body weight are in decent shape. Moreover, he has dark brown hair and eyes in brown color.