Best known for his role on the Fox television series North Shore.

Who is Corey Sevier Dating?

Corey Sevier is currently single. He prefers to keep his private life out of the spotlight. Moreover, he has not shared anything regarding his love life.

Laura Vandervoort and Corey Sevier had been engaged for 5 months. They dated for five years after meeting in August 2005. They got engaged in August 2010 but split up in 2011. 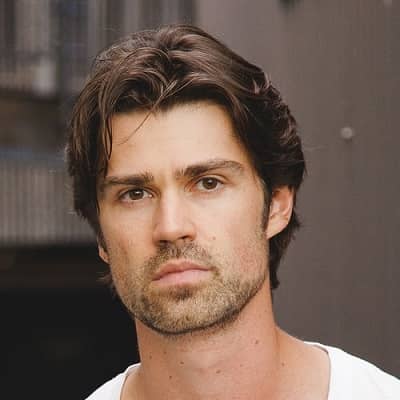 At the prom this year I was voted most Hollywood-bound. Everyone was like, 'Oh what a surprise.' I had a little bit of an advantage, being in the business. But I also won Mr. Congeniality. That was one that meant something.

A sense of humor is important. I'm always attracted to a girl with confidence. In terms of looks, I don't have a type. I think a lot of girls think that they have to be super-thin, to meet the Hollywood image, but I think a girl who is voluptuous is very beautiful.

he's done a lot of edgier things. I like playing people with a dark side.

Who is Corey Sevier?

Corey Sevier is a Candian actor who is best known for his role on the Fox television series North Shore as Gabriel McKay and as Timmy Cabot in Lassie.

He is the son of Lynda and Bruce Sevier. Kyle, his younger brother, was his childhood companion.

Corey’s career in front of the camera began as a baby model at the tender age of six months. Modeling soon led to work in commercials.

The experience convinced young Corey that he had found his passion.

Summer of the Monkeys, a film adaptation of Wilson Rawls’ novel, starring him.

He was also the English voice actor for Mega Man Volnutt in Mega Man Legends, a video game released in 1998. He later played Hart Greyson in the Canadian series 2030 CE.

Before landing his role on North Shore, he temporarily appeared in the failed WB series Black Sash.

Decoys and its sequel, Decoys 2: Alien Seduction, starring him. In 2003, he co-starred with Elizabeth Berkley in the made-for-TV film Student Seduction, which aired on Lifetime.

He had an appearance in an episode of The Dresden Files and the film The Secret in 2007.

In 2008, he co-starred in A Broken Life, featured in an episode of Smallville, and as Horace Briggs in the Murdoch Mysteries episode “Still Waters.” In Ryan Little’s 2007 film House of Fears, Corey played Carter.

Corey Sevier had a small role in the legendary adventure film Immortals in 2011, in which he played Apollo.

Corey Sevier’s net worth is expected to be about $1 million by 2022.

He was able to earn this sum as a result of his successful acting career. He also earns a living by endorsing and supporting a wide range of companies and enterprises.

However, he hasn’t disclosed his exact earnings, income, and salary.

Throughout his successful career, Corey has not indulged himself in any kind of unwanted rumors and controversies.

Currently, there are no rumors of him being in any affairs.

Corey Sevier stands tall at a height of 6 feet and 1inch and weighs around 75kgs. He has a masculine perfectly toned body.

He has a dashing personality with Black hair and Light Brown eyes.

However, he is seen active on Twitter with over 4k followers under the username @corey_sevier.