TV personality Corey Simms is married and a father of three.

Corey is now married to Miranda Simms. She is from Point Pleasant, West Virginia.

The couple engaged in December 2012 and eventually married on 7 June 2013.  They have a daughter Remington Simms on 8 November 2015. The family together resides in West Virginia now.

It is said that Corey cheated his wife Mornada with his ex-wife Leah just after two months of their marriage. However, they sort it out and stay together. Miranda also forgave her husband.

Corey was firstly married to Leah Messer. They started dating in 2009. Dating for a couple of months, they welcomed their twin daughter Aleeah Grace Simms and Aliannah Hope Simms on 16 December 2009.

Their relationship has various ups and downs. They get separated in early 2010. Again they decide to revive their relationship and were engaged in 2010. The couple gets married in OCt 2020 just before their daughter’s bday. They divorced in June 2011.

Their daughter Aliannah suffers from Titin muscular dystrophy and the couple faced various difficulties growing her.

The primary custody of their child was first given to Leah being a mother. However, she lost it afterward when she was late for receiving them from the school.

In 2016, Corey and Lean came into an agreement after a long custody battle and are now said to be on good terms with one another. 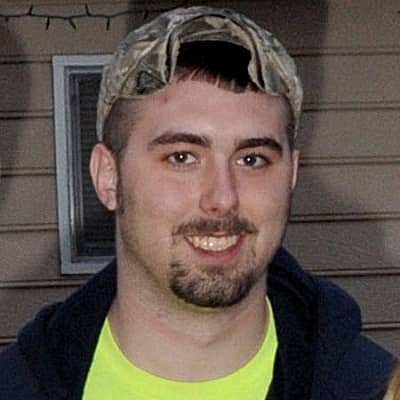 Who is Corey Simms?

Corey Simms is an American personality. He was a contestant of MTV’s reality television show, Teen Mom 2 from 2011 to 2016.

Corey was born on August 29, 1990, in Clendenin, West Virginia. His full name is Corey Tyler Simms. He holds American nationality and has English descent.

His father’s name is Jeff Simms. Jeff is also a reality star and has appeared on MTV’s Teen Mom 2 in 2011. His biological mother’s name is not known.  His stepmother is Joetta Simms.

He hasn’t disclosed any information regarding his education and academic field.

Corey Simms is popular for his appearance on the MTV reality show titled Teen Mom 2. The series was firstly launched on January 11, 2011. The show highlight and presents the struggles of young mothers raising children.

Before coming to the show, Corey has his own respective on. He used to work as a meter reader at a water company in his local town. Although the names and the company details are not available. Corey hasn’t disclosed much information about his before life. Eventually, he picks his way toward reality TV and amassed popularity in a short span.

Corey’s exact net worth is not known and is under review. The contestant on the reality series earns around $5,000 from an episode. And so Corey must have a good earning from the show. Yet it’s not disclosed.

He owns a house in West Virginia and resides there with his family.

Corey came to the limelight after appearing in a reality show. Apart from it, he doesn’t involve in any issue which causes any controversy in the media.

Corey Simms stands at a height of 6 feet and 5 inches. Likely his body mass is around 93 kg.

Talking about his appearance, he has brown-colored hair with dark brown eyes.

Corey is active on Instagram with more than 23K followers. Corey was active on Twitter but shut his account down on the final day of season six of Teen Mom 2.