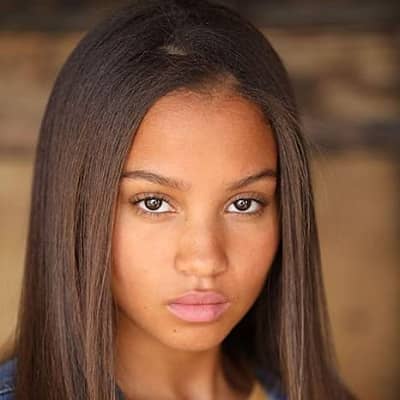 Corinne Massiah is highly committed and dedicated to her work and keeps her personal and professional life separate. There is no news on her love life, breakup, and linkup yet.

As for now, Massiah is single and solely focused on her career. However, her affection towards her family and friends is immense which can be seen in her social media photos and posts.

Corinne has not mentioned anyone that she has eyes on and she tends to keep her personal life uptight.

Who is Corinne Massiah?

Corinne Massiah is an American TV and film actress. She is best known as ‘Lucy Malloy’ in the hit Tv Series Mistresses and ‘May Grant’ in the Tv series 9-1-1. Furthermore, she has appeared on various Tv shows.

Her mother’s name is Leslie Massiah. Likewise, she has not shared the name of her father. She grew up with a twin sister who is 1 minute older than her. Similarly, she spent her early days in Los Angeles and still lives there.  She started to begin her career at a small age.

Corinne Massiah started her career from a Tv series CSI: NY in 2012 as Michelle Woods. This series got huge recognition and was much loved by the audiences and critics. Later, she was seen in many TV series such as NCIS, Mistresses, Pitch, Secrets and Lies, 9-1-1, and many more.

Besides TV series, she has acted in famous films such as Keep It Together, Adventures in Love & Babysitting, Bad Hair, and G.I. Joe: Retaliation among the others.

Corinne earns a lot of money from her acting career. Currently, she is spending a quality life in Los Angeles, the USA.

There are no rumors and controversies about her. She is a talented actress who tries to mark her place in the showbiz industry.

Massiah stands 5 feet and 5 inches tall and weighs moderate. She has an hourglass-shaped body. She has black hair and dark brown color eyes.