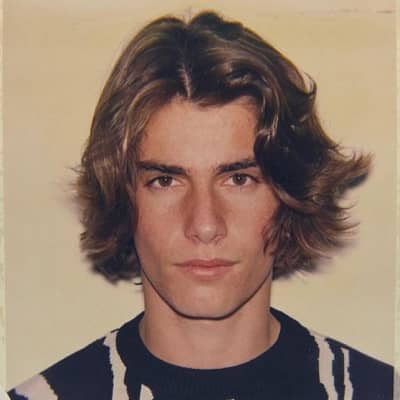 Corrado Martini is probably single as of now. Although he hasn’t revealed his relationship status, his activity on social media and public appearances suggest that he is single right now. He is also quite private when it comes to his dating history. As such,  he hasn’t shared anything about his past relationships and girlfriends.

Who is Corrado Martini?

Corrado Martini is a popular American social media personality and model. He is well known for his comedy videos along with lip syncs and other content on his Tiktok account.

Corrado Martini was born on the 4th of October, 2002 in San Diego, California, USA. As of now, his age is 18. His nationality is American and his ethnicity is Caucasian.

Corrado was born to his mother Kim Martini and his father, whose name hasn’t been revealed. Still, we can see their pictures as they are featured on his social media. Likewise, he also has a sister named Isabella. Isabella is also featured on his Tiktok and Instagram from time to time. Martini grew up in California with an interest in modeling and fitness. He takes his fitness quite seriously and began working on his body from a young age.

Martini hasn’t shared any details regarding his education. Still, judging by his age, he is either a senior in high school or just graduated high school.

Martini started his rise to internet fame through Tiktok. He started by uploading short and entertaining lip syncs, comedy videos, and dances on his account. And thanks to his great looks and physique along with his sense of humor and charismatic personality, he gained a ton of followers really fast. He also posts regularly which has helped him retain his fans. As time went on, his account kept growing and he also improved the production and added more variety to his videos. Due to all this, Corrado has gathered over 2.3 million followers on his Tiktok account as of 2021.

Alongside Tiktok, Corrado is also a model. Though he is just starting out in his modeling career, he has appeared in a number of magazines and websites. He has also done modeling gigs for various brands. His shredded physique and good looks have certainly helped him on this path and he will probably be much bigger in the industry in the future. Martini is also a popular personality on Instagram. His modeling and Tiktok popularity have helped him gain over 300k followers on the platform. He posts a lot of his modeling photos and life updates on the account. Along with looking good, his posts are also quite aesthetically pleasing which has helped him grow on Instagram.

Martini has gathered the net worth estimated to be in the range of 1 to 5 million USD as of now. He hasn’t shared any details about his annual salary.

Corrado stands at a height of 5 feet 11 inches ad his weight is roughly 68 kilograms. He is really handsome and has a muscular and shredded physique. His hair and eyes are both brown in color.

Get to know more about the lives of Noah Miller and Jordan Scott as well.