Cory Cotton is a married person. He has been married to his longtime girlfriend, Amy Cotton since August 6, 2016. The couple has welcomed two children: twins Crew Cotton (son) and Collins Cotton (daughter). 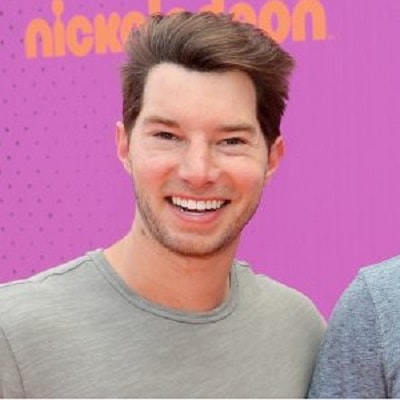 Who is Cory Cotton?

He was born on July 17, 1987, in Dallas, Texas, USA. he is currently 31 years old. Cory has not disclosed any information regarding his parents.

He has two siblings: a sister named Catherine Cotton and a twin brother named Coby Cotton.

After graduation, he attended Texas A&M University from 2006 to 2010. He was roommates with fellow ‘Dude Perfect’ members.

In 2009, Cory Cotton accidentally started his career and him along with his group created a YouTube channel and titled the video as ‘Backyard Edition’ which they uploaded on their channel on April 8, 2009.

The video achieved over 200k views in just a week and the group pledged to sponsor a child from Compassion International for every 100,000 views on their trick shot videos.

The group was invited to record a segment by ESPN and also appeared on many shows like ‘Pardon the Interruption’, ‘Around the Horn’, ‘First Take’, etc.

Furthermore, the group has launched games including ‘Dude Perfect’ in 2011, ‘Dude Perfect 2’ in 2012, ‘Endless Ducker’ in 2012, etc. and the group is the holder of multiple Guinness World Records.

It seems Cory has not been awarded and nominated individually for his work to date. However, his group ‘Dude Perfect’ has been successful in making several Guinness World Records.

Cory’s individual net worth, salary, and other incomes are not available. However, the group ‘Dude Perfect’ has an estimated net worth of around $20 million as of 2022.

Good Morning America hosted a segment and asked about the legitimacy of the group’s tricks- whether they were real or not the group told that it takes multiple attempts at the shots when filming before successfully converting the final shots.

Cory Cotton has a height of 5 ft. 10 inches and he has dark brown eyes and black hair. But, other information regarding his weight, shoe size, dress size, etc. is not available.

Similarly, The group’s Youtube channel has more than 51 million subscribers.