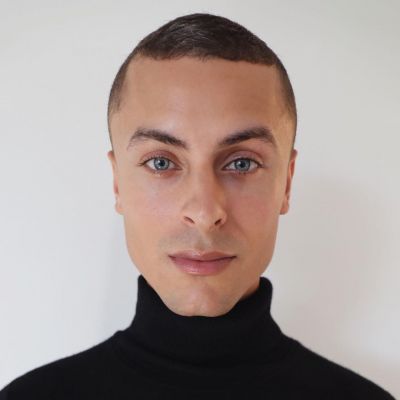 Cory Wade Hindorff is openly gay. Presently, he is single. It seems he is more focused on his career rather than being in a romantic relationship.

In upcoming days, if he revealed anything about his love life then we will update it.

Who is Cory Wade Hindorff?

Cory Wade Hindorff is an American model, singer, songwriter, LGBTQ activist, and spokesperson. He is best known for appearing on the reality show, 20th cycle of America’s Next Top Model where he placed third position.

He hasn’t shared anything about his parents in the media. Talking about his education, he went to Strath Haven High School.

He then enrolled at Point Park University to study musical theater. Further, he is of American nationality whereas his ethnicity is unknown.

Cory started his career in live theater and has performed in the rock musical, Rent at a local equity house in the suburbs of Philadelphia. In 2013, he made a screen appearance in the 20th cycle of America’s Next Top Model as a contestant. It was the first time, the show allowed both men and women to compete against each other. Hindorff was the first openly gay man to participate in the show. He placed third position in the show.

Hindorff returned for three cameos on the next season. Talking about his music career, he released his first single, “I’m Sorry” in February 2015. On June 26, 2017, he released his first music video, “There For You” produced by Alan Glass. Cory also hosted the 2015 Queer Fashion Show. He has been featured on the cover of G Philly Magazine. He served as an activist of several non-profit organizations including  The Door NYC, Adoptions From The Heart, Attic Youth Center and Sound Affects charities

To date, Cory hasn’t been part of any sorts of rumors and controversy that create headlines in the media.

Cory might have accumulated an impressive amount of wealth throughout his profession. He hasn’t shared much about his net worth, salary, and other earnings in the media.

As a model, he has a lean body with a towering height. He stands at the height of 6 feet 2 inches tall and his weight is about 71 kg. Likewise, he has a blue pair of eyes and his hair color is brown.

He has shared his email id [email protected] for any business inquiries.

You may also read Will Jardell, Erik Asla, Dominique Reighard.