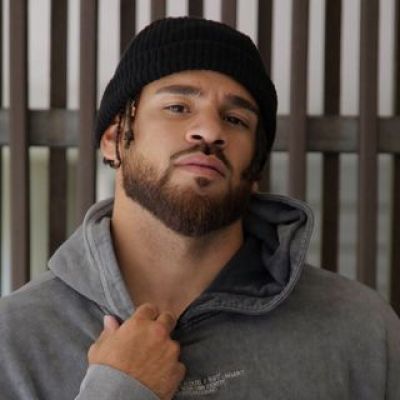 Talking about his relationship details, Cory Wharton is happily living in a relationship with his partner, Taylor Selfridge. Selfridge is also an American reality star and social media influencer by profession.

The couple met for the first time on the Tv reality show, The Challenge: Vendettas, and began to date each other. Further, they also featured in season 1  of “Ex on the Beach” in 2018. Cory and Taylor share two children named Mila Mae Wharton, born on 22 April 2020, and Maya Grace Wharton, born in 2022.

Previously, Cory was in a relationship with his ex-partner, Kristyn Cheyenne Floyd. They also shared a daughter named Ryder, born on 9 April 2018. Later, they separate without any known reason.

Who is Cory Wharton?

Moreover, he has also made his remarkable appearance in shows such as Battle of the Bloodlines, Invasion of the Champions, Total Madness, Double Agents, and many more.

Cory Wharton was born on 5 March 1991. At present, he is 31 years young star. Likewise, his birthplace is in Grand Rapids, Michigan, the USA.

Cory is the son of his mother, Jennifer Wharton whereas his father’s details are still not available. Moreover, he has a sister named Amaris.

Talking about his nationality, Wharton holds an American identity whereas his ethnicity is African-American.

Cory shirted to LA after his graduation and worked as a fitness enthusiast and personal trainer. He worked as a fitness coach in West Hollywood and Santa Monica.  Later, he auditioned for the famous TV show, The Real World: Ex-Plosion in 2014. There, Wharton landed the role after he moved to California.

Further, the star was featured in The Real World. He was highly admired for his good looks and well-built physique. A year later, Cory from The Real World graced screens in a new hit, The Challenge. In the show, Wharton appeared in more than 60 episodes.

Wharton then aired on multiple seasons of The Challenge. He then joined the cast of Teen Mom OG along with his ex-partner, Kristyn Cheyenne Floyd in 2018.

The star then appeared on Ex on the Beach in 2018 along with his partner, Taylor.

A famed star, Wharton has earned a handsome amount of money from his profession. He lives a quality lifestyle along with his family.

It is reported that Cory Wharton has an estimated net worth of $1 million.

However, the model has not disclosed his exact salary, earnings, and assets details till now.

Cory has never been part of any controversial matter or rumors till now. The star has been preoccupied with his professional and private life.

It seems that Wharton prefers enjoying his personal life and does not want to merge it with his professional life.

31 years young star, Cory has handsome looks and an admirable personality. He stands at a height of 6 feet. Also, he has a balanced bodyweight of 78 kg.

Furthermore, Wharton has black eyes whereas his hair is black.

Regarding his social media presence, Cory Wharton is an active personality on social media. Cory has more than 1.4 million followers on his official Instagram account @corywharton_ig.

He is also active on Twitter with around 198.2k followers. The star is also available on TikTok with more than 284k followers over there.

Moreover, Wharton is also available on Facebook with nearly 14.8k fans and supporters. He also owns his official YouTube channel with more than 114k subscribers at the moment.