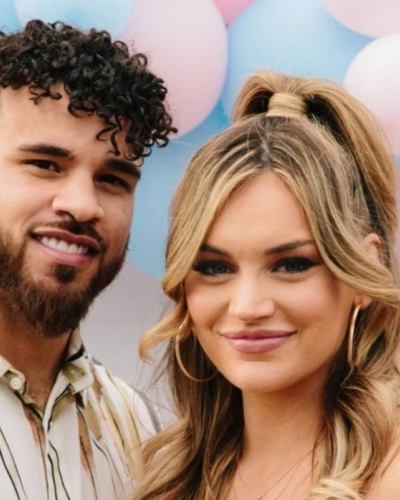 Update 2022: Cory and Taylor are also parents to another daughter Maya Grace Wharton. In June 2022, Taylor gave birth to her second child with her husband Cory Wharton.

MTV star Cory Wharton, 29 became a father recently when his girlfriend Taylor Selfridge, 25 delivered a baby girl. The child was born on Wednesday 22 April 2020. The proud father announced the happy news on his social media for his fans.

He also uploaded a video on his Instagram and said:

He praised the baby and gave a wellness update on his girlfriend and the baby, but did not reveal the baby’s name yet. When on Instagram Live, in the background one can hear the voice of Taylor. She says that the baby is big and resembles her daddy.

Cory and the delivery updates

As girlfriend Taylor was progressing into labor, Cory was putting in updates about it on his Twitter handle from the hospital where Taylor was, admitted for her parturition.

“Quick update : Taylor is doing AMAZING, but it’s time for the epidural shot,  so we should be meeting our daughter today 🙂 Thanks for all the support you guys !”

Quick update :
Taylor is doing AMAZING, but it’s time for the epidural shot 💉 so we should be meeting our daughter today 🙂 Thanks for all the support you guys !

“Taylor is a “G” she’s practically been in labor for a day and a half!! You got this mama!! Bring that gorgeous baby girl on in!!!.. Cory congrats to you as well brother.. I’m rooting for y’all!!!”

Taylor appeared first on the fifth season of Are You The One in winter 2017. She met Cory in Season one of Ex on the Beach in late 2017. The couple now is both together on the show Teen Mom OG.

Cheyenne and Ryder are also present on the latter show. In October 2019, Cory and Taylor announced that Taylor was pregnant. It is their first child together.

“Yes, this is true! I’m 12 weeks and two days as of today. Cory and I are very happy and excited to share this journey together.”

And Cory said at that time:

“I would just like to say we are excited. It’s my first time going through this whole pregnancy process. Both of our families are very excited. Ryder is excited to become a big sister.”

On the other hand, Cory debuted on TV in 2014 on the show Real World: Ex-Plosion and subsequently he appeared on The Challenge: Battle of the Bloodlines in the year 2015. And Cory met Cheyenne Floyd on Rivals III.

In the spring of 2017, Cheyenne gave birth to a baby girl named Ryder. But it was after 6 months that Cory came to know that he was the biological father of Ryder.

Click to read on Cory Wharton And His Girlfriend Taylor Selfridge Revealing The Gender Of The Baby? Taylor Opens Up About Losing Child Due To Vanishing Twin Syndrome!!