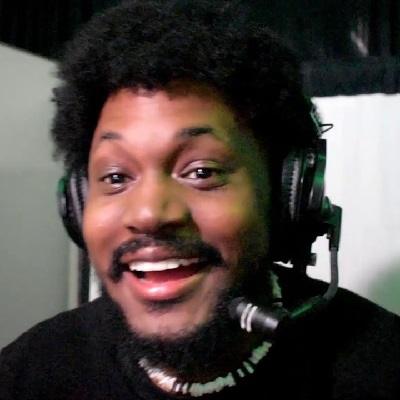 CoryxKenshin’s current relationship status is possibly single. To date, she has not introduced anybody as her girlfriend or wife.

Two Who is CoryxKenshin?

American CoryxKenshin is a Gamer and YouTuber. He is renowned for playing the horror video games; Five Nights at Freddy’s and Mortal Kombat X.

He was born on 9th November 1992 in Detroit, MI. His real name is Cory DeVante Williams. He is of All-American ethnicity.

To date, he has not shared any details on his family background including his father and mother. However, through his YouTube video, he disclosed that he has a rare genetic disorder named Ectodermal Dysplasia that he inherited from his father.

Due to this reason, he has only 24 teeth and lacks any normal amount of hair on his body.

He has a younger brother, Anthony. His siblings, Anthony is popular for his YouTube channel named Certified AK. Details on his academics are not available.

However, he continued playing horror games including Five Nights at Freddy’s and Mortal Kombat X. for which he became widely popular. In the course of making gaming content, he has created a series like Life is Strange, Kindergarten, Duck Season, Hello Neighbor, and Granny.

Some of the ongoing gaming series on the channel include Cooking with Kenshin, Dark Deception, Minecraft. Recently, the YouTuber has started playing Among Us.

– In February 2016, he stopped uploading his contents for two months. At the time, he was not active on any other social media including Twitter, Instagram, and so on. In April 2016, he returned to YouTube and started uploading videos.

– Two years after that, n January 2018, he stopped uploading for 4 months again. In May, he restarted uploading videos on YouTube. At the time, he stated that he lost his aunt due to cancer and he was not in the state to make videos.

– On 31st May 2020, he uploaded a video that he is going through the worst condition in his life. After that, he didn’t upload his videos on YouTube for 2 weeks. Later, on 6th November 2020, he restarted uploading his videos on the channel.

Besides that, he also makes through streaming on various platforms like Twitch.

CoryxKenshin has black eyes with black hair. He stands at a height of 6 feet 2 inches and has a decent weight.

On Instagram, he is following the personalities like Mark Phillips, J.D. Witherspoon, and Kevin Hart. Also, he has 55.9k followers on Twitch.