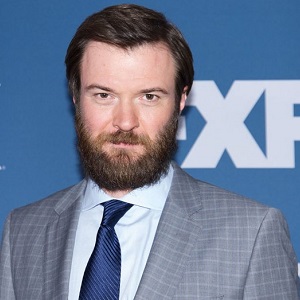 If there's an opportunity to tell a story through acting or directing or cinematography or a book, I will embrace that opportunity.

Costa Ronin married Leah Ronin in June 2021. The pair are absolutely in love with each other, and often post pictures together on their respective social media handles.

Who is Costa Ronin?

Costa Ronin is a Russian-born American actor, director, and cinematographer.

He is famous for his appearance in ‘Red Dog’, as Oleg Igorevich Burov in the FX drama ‘The Americans, and as Gregorovich in the SBS drama ‘East-West 101’.

He was born on February 3, 1979, in Kaliningrad, RSFSR, USSR, Russia. He is currently 43 years old. Costa moved to Wellington, New Zealand in his youth with his mother in 1996.

While he grew up in Kaliningrad, he was taught to sail by his father and grandfather when he was 5 years old. And, he remains passionate about it.

He is also an avid motorcyclist. He started learning about American culture via a radio station at the age of 15.

Further, he holds Australian citizenship but his ethnicity is Caucasian. Currently, he resides in Los Angeles.

He studied international relations and political science at Victoria University and made his way to Perth, Australia for further tertiary education, and later went to Sydney.

He debuted his film career in the role of Dzambaski in ‘Red Dog’ in 2011. Later in 2014, he played the recurring role of Oleg Igorevich Burov in the TV series ‘The Americans till 2018.

He portrayed the role of Anton Vanko in the episode ‘Now is Not the End of ‘Agent Carter’ in 2015, Luka Volk in the TV series ‘Gotham’ in 2016, the Russian ambassador in ‘Shooter’ in 2017, Yevgeny Gromov in ‘Homeland’ in 2018, Vlad in the episode ‘We Need to Talk About Karen’ in ‘Splitting Up Together’ in 2018, and he will be playing the character of Voytek Frykowski in ‘Once Upon a Time in Hollywood’ in 2019.

Recently, he played in the theatre ‘The Wall, Traitors, The Visit, and NOIR’. After his work on The Wall and Traitors, he put himself on the map of the Australian stage.

He has been nominated for Screen Actors Guild Awards in the category Outstanding Performance by an Ensemble in a Drama Series in ‘The American’s in 2019.

He has an estimated net worth of around $7 million and his main source of income is his professional career.

Ronin has not been involved in any rumors or controversies in his professional and personal life.

He has got black hair and black eyes.

He has got a height f 6 ft. 2 inches but information about his weight, shoe size, dress size, etc. is unknown.