Known for her work in BioShock Infinite as Elizabeth in 2014 and in Jersey as Morgan Hudson in 1999. 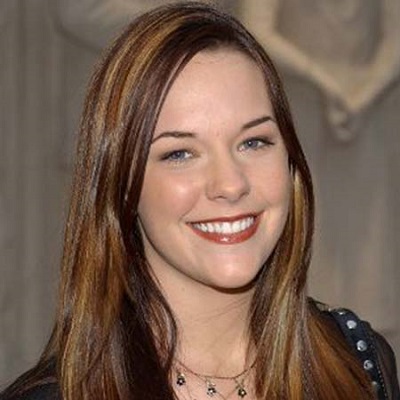 Kevin Hoiseth is involved in various kinds of activities in the film industry for the last ten years.

Recently, he is an EVP of worldwide Sales at Concourse Media. He inspects all international distribution and global Strategies.

Who is Courtnee Draper?

Courtnee Draper is an actress and lawyer.

She is known for her work in BioShock Infinite as Elizabeth in 2014 and in Jersey as Morgan Hudson in 1999.

She is also a voice actress and she gave her voice in different famous video games such as BioShock Infinite, Disney infinity, and Days Gone.

Her mother worked in the military. So, she resided and visited many areas of the U.S.

After her parent’s divorce, her father married other women.

Together they lived in Florida.

Draper appeared on The Bold and the Beautiful in 2002. She played the role of Erica Lovejoy.

For five episodes, she played the role of Emma in a tv series, The Days in 2004.

In 2006, she appeared in police procedural drama, CSI: Miami as a Mandy Creighton in Episode: Open Water.

Besides, she appeared on Campus Ladies, Surf’s Up, Ghost Whisperer, Bored to Death, etc.

Ponyo is a 2008 Japanese animated fantasy film written and directed by Hayao Miyazaki. Its English title is Ponyo on the Cliff by the Sea. When dubbed in English, Draper gets an opportunity to give a voice to a young mother.

She made a voice debut for Kingdom Heart II.

She won a Spike Video Game Award for Her Performance of Will the Circle Is Unbroken.

Draper was nominated for a British Academy Games Award for Performer for the voice of Elizabeth in BioShock Infinite.

Days Gone is an action-adventure, survival horror game. It is developed by SiE Bend Studio for Playstation 4.

It released on April 26, 2019, and Draper gave the voice of Sarah Whitaker in this game.

She has an estimated net worth of about $2 million US. The average salary of voice-over artists is $65 k per year in the U.S.

An actor or performer’s average salary in the U.S is around $56 k.

What is the Height of Courtnee Draper?

Draper has hazel eyes and auburn hair. Her height is 5 feet 7 inches.