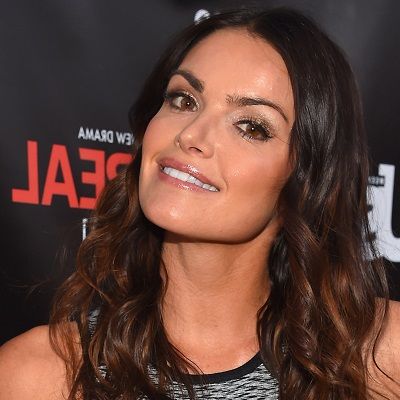 There was just a level of comfort and connection that I've never felt before, I never believed I that feeling of when you know, you know until I met him. Nor have I been with someone that I so clearly wanted to start a family with.

What is the relationship of Courtney Robertson?

Courtney Robertson is in a relationship and currently engaged to Humberto Preciado. He is an attorney. This couple started dating in 2019 and they exchanged rings in the same year.

This couple in June 2020 welcomed their son. They named him Joaquin Ramon.

Humberto asked her father to propose his 14-weeks girlfriend and he popped the ring after getting permission from his soon-to-be father in law!

But this relationship was called off by Courtney in October 2012.

Then in 2013, she started dating a vet Arie Luyendyk Jr. But the relationship ended soon.

Who is Courtney Robertson?

Courtney Robertson is an American model. She is also an author. She is mostly known as the winner of the reality game show The Bachelor S16.

Who are the parents of Courtney Robertson?

Robertson was born on 5 July 1983 in Scottsdale, Arizona, US. She is of Caucasian ethnicity. Her father is Rick Robertson and her mother is Sherry Robertson. Rick is a lawyer.

She also has a sister Rachel Robertson.

Courtney Robertson started modeling in her teen years. Then she moved to Los Angeles to boost her modeling career. She has been featured in popular fashion magazines like Vogue, Self, and InStyle.

Courtney was also seen in the Little Caesars Pizza advertisement. As an author, she has written a book named I Didn’t Come Here to Make Friends: Confessions of a Reality Show Villain.

Courtney appeared in the 16th season of The Bachelor as a contestant in 2012. Along with her, there were other 24 lady contestants. They participated to win the heart of Ben Flajnik. Ben is a winemaker and owner of Envolve wines, from the USA.

But Courtney won the show and the heart of Ben. The runner-up of this season was Lindzi Cox.

The Bachelor is an American dating and relationship game reality show. It first aired in March 2002 on the ABC network and has a total of 23 seasons.

How tall is Courtney Robertson?