Courtney Thorne-Smith is an American actress. She is best known for Melrose Place, Ally McBeal, and According to Jim. She is married and has one child. 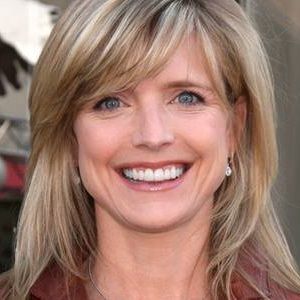 It's incredibly difficult to keep a healthy body image in this business.

To be totally honest, if I could be thinner without it causing a lot of pain and anxiety in my life, I would be. But today the reality is my life is more important to me than my weight - and thank God for that.

If it's not working before you get married, marriage isn't going to fix it.

However, they divorced in January 2001. Before this, she dated her on-screen lover Andrew Shue from Melrose Place.

Later, on 1st January 2007, she married Roger Fishman. He is an author of the book What I Know and the president of the Zizo group. They are living a happy life after marriage.

Similarly, they have been blessed with a child Jacob Emerson Fishman. He was born on 11th January 2008. There is no sign of divorce between this couple.

Who is Courtney Thorne-Smith?

Courtney Thorne-Smith is an American actress. She is known for her roles as Alison Parker on Melrose Place and Cheryl in According to Jim.

Similarly, she is famous for her role of Lyndsey McElroy on Two and a Half Men.

Courtney Thorne-Smith was born on 8th November 1967 in San Francisco, California, U.S. She was the daughter of Walter Smith and Lora Thorne. Her father was a computer market researcher and her mother was a therapist.

Similarly, their parents divorced when she was seven years old and she lived with both of them at different stages. Likewise, she has an older sister Jennifer, who is an Advertising executive.

Her nationality is American whereas her ethnicity is Caucasian.

Talking about the education of Courtney she graduated from Tamalpais High School. She studied acting at the Ensemble Theater Company in Mill Valley while attending high school.

Courtney Throne-Smith started her career as an actress by her first appearance in the 1986 feature film drama Lucas. She was cast alongside Winona Ryder, Corey Haim, and Charlie Sheen. She has appeared in a number of movies in the late 1980s.

Those movies were WElcome to 18, Revenge of the Nerds II: Nerds in Paradise and many other. Similarly, in 2009 she appeared in Sorority Wars. Later she played the lead role in the Emma Fielding Mystery movies telecast on the Hallmark Channel.

Not only in movies she has appeared on TV series as well. As, she has appeared on Growing Pains, Fast Times and The Thanksgiving Promise. Likewise, she featured in six episodes of L.A. Law as Laker Girl. From the year 1992 to 1997, she starred as Alison Parker on Melrose Place.

Similarly, she went on to play Georgia Thomas on Ally McBeal from 1997 to 2000. Her other series are According to Jim and Two and a Half Men. Further, she has written a novel Outside In which was published on 18th September 2007,

The estimated net worth of this actress is 10 million dollars. But, she has not revealed her salary. She might receive a huge amount of money from her career.

She is focused on her career and stays away from any controversies and rumors. Due to which she has not been into big rumors and controversy.

Talking about Courtney Thorne-Smith’s body measurements, she has a height of 5 feet 6 inches and weighs around 56 kg.

Her body measurement is 34-23-34 inches. Similarly, she has blue eyes and blonde hair color.