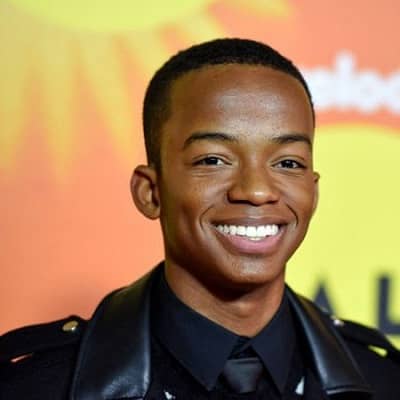 Coy Steward is believed to be romantically involved with an American actress, dancer, singer, and rapper Jada Grace. He hasn’t confirmed it personally in an interview. However, he was spotted several times posting kissing pictures and holding hands with her on the Instagram account. Since June 2016, they have posted pictures of themselves having fun with each other through their Instagram account.

Who is Coy Stewart?

Coy Stewart is an American actor, singer, and rapper. He is popular for his role as Kevin Kingston in the TBS sitcom “Are We There Yet?”.

Coy has made his appearances in various movies and Tv series like “The Glades”, “Bella and the Bulldogs”, and “Kipo and the Age of Wonderbeasts” among others. He is a member of the famous TV Actor list.

Coy Stewart born as Tyson Coy Stewart was born on June 24, 1998, in Columbia, South Carolina, United States of America. As of 2020, he celebrated his 23rd birthday. He spent most of his early childhood days in his hometown.

Likewise, he has maintained a secret profile regarding his siblings, education details, and families. Similarly, his father’s name is Derek Stewart, and his mother’s name is Keisha Stewart. His father is an author who published a book in 2012 titled The Unlikely Journey describing the coy’s professional journey. He has a younger brother namely, Chayse Stewart who is also interested in acting. Furthermore, he was interested in acting since his childhood.

Coy is American by nationality and his ethnicity is Afro-American. His birth sign is Cancer. Talking about his education, he has shared a photo of his graduation back in June 2016 via Instagram post. Besides this, there is no information available on the internet.

Stewart started his career by playing Travis Younger in a stage production of A Raisin in the Sun. Likewise, he made his television debut in 2010 on the TBS sitcom “Are We There Yet?” as Kevin Kingston from 2010 till 2012. Similarly, he made his appearance in 12 episodes of the 2012 PBS series The Electric Company. In this series, he portrayed the role of Marcus Barnes.

In 2015-2016, he appeared in the episode of the Nickelodeon series Bella and the Bulldogs and played the role of Troy Dixon starring Brec Baasinger and Jackie Radinsky.

Moreover, he is famous for his character of Xavier. He acted in more than 10 episodes in the 2016 comedy-horror web series WTH: Welcome to Howle.

Additionally, in August 2017, he was cast in a music video and short film of the song “1-800-273-8255” created by rapper Logic aka Sir Robert Bryson Hall II. He made another appearance on the Netflix sitcom Mr. Iglesias. In the sitcom, he played the role of Lorenzo in 18 episodes of the series.

Apart from the movie, Stewart and his friends Tyrel Jackson Williams and Elijah Johnson, and girlfriend Jada Grace, created the music combined “Grouptherapy”. On April 1, 2020, they released their debut EP titled this is not the album. Later, he released more songs like Yikes and Exercise feat TJW (Tyrel J. Will), Bounce feat Jada Grace, Powerball, and more.

Coy’s successful career earns him impressive amounts to continue his living. He has an estimated net worth of $1M-$5M. Likewise, he charges a huge sum for his appearance in movies and series. However, he has not revealed his salary and there is not much information about his asset value too.

Talking about his awards and accolades, he has won ‘Best Supporting Young Actor in a Tv series (Comedy or Drama) at the 2011 Young Artists Award for his performance in the TBS sitcom “Are We There Yet?”. In 2016, he was nominated for Best Leading Young Actor in the Tv series ‘Bella and the Bull Dogs.’

Coy stands to a height of 5 feet 9 inches and weighs 62 kg. Similarly, he has a charming personality with a fit body and fair skin. Likewise, he has black hair and dark brown eyes.