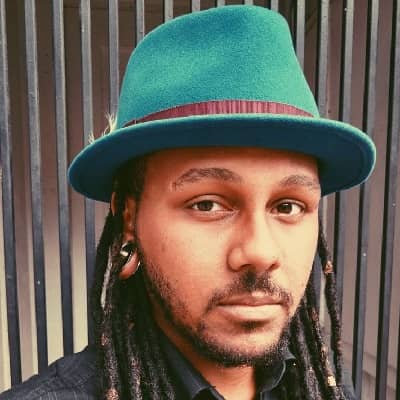 Craig Lamar Traylor currently appears to be single. He hasn’t introduced anyone as his girlfriend or lover till now. It seems he is more focused on his career rather than being in a romantic relationship.

Who is Craig Lamar Traylor?

Craig Lamar Traylor is an American well-renowned actor and wire artist. He rose to fame for his prominence role Stevie Kenarban, the asthmatic, one-lunged boy in a wheelchair in the Fox sitcom Malcolm in the Middle.

He can be seen in the upcoming film Forgiven This Gun4hire where he is playing the character named Wiseguy. The film set to be released on June 30, 2021.

Craig was born in San Bernardino Country, California, the U.S. on 19 March 1989. His ethnicity is African-American and holds an American nationality.

Craig is a very private person, he keeps his family identity away from the limelight of the media. So, his parent’s and sibling’s details are still under the curtains.

Craig made his acting debut in the year 1996 through the television series ER in an episode of “Dead of Winter”. That year, he also got the role in Danny DeVito-directed family comedy-fantasy film, Matilda starring Rhea Perlman, Danny DeVito, and Mara Wilson.

Currently, he engaged in wire wrapping, a very old technique for making handmade jewelry. He makes custom pieces and also often posts the designs on his Instagram account. It is reported, he is attending school in Brooklyn to get his license to handle diamonds and other precious jewels.

After a long time, Craig comes back to acting and features in the 2021 upcoming film Forgiven This Gun4hire starring Shirley Jones, Michael Montecito, and Richard Pryor Jr.

So far, Craig has not faced any disputes and scandals personally and professionally. He stays miles away from such a controversial act that could create a huge buzz in the media.

As of 2021, Craig has an estimated net worth of $2 million throughout his profession as an actor. He hasn’t yet disclosed his salary but an actor in the USA earns an average of $57,00 per year.

The actor has a decent height of 5 feet 11 inches tall. Likely, his weight is about 76 kg. He has dark brown pair of eyes and black hair. He has a nose pierce and has large gages in his ears. Also, he has numerous tattoos on his body.