Craig Revel Horwood is currently dating a gardener who is 22 years younger- Jonathan Myring. Similarly, Craig revealed that he would like to marry Jonathan.

The physical orientation of Craig is openly bisexual.

Previously, he married Jane Horwood in 1990. But their marriage did not work out so they divorced in 1992.

After that, he dated Damon Scott which ended in a breakup in 2016. 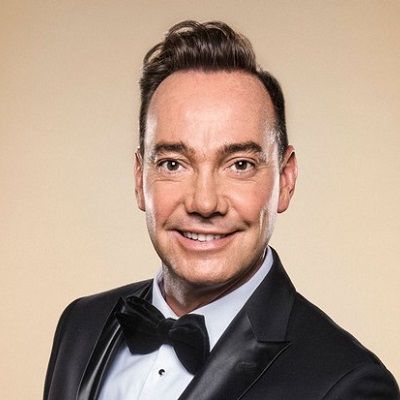 I was sitting there, thinking 'I can't believe people are actually buying this.' Some of those performances were just absolutely appalling. (On Mamma Mia! (2008))

Who is Craig Revel Horwood?

He is the judge of the popular BBC dancing show, Strictly Come Dancing.

Craig Revel Horwood was born on 4th January 1965 in Ballarat, Victoria, Australia. He is the son of Philip Revel Horwood and Beverley June Horwood.

His dad was an alcoholic and his relationship with his dad was fraught from a young age. He revealed that he rarely saw his dad sober.

One day his dad loaded two shotguns and ran out into the street firing off bullets. His family and neighbors had to call the police. His dad nearly killed his brother-in-law, David.

As a director and choreographer, he worked in plays like West Side Story, Hard Times – The Musical, Calamity Jane, Tommy Cooper, and Beautiful and Damned.

Similarly, Craig directed the opening ceremonies of the 2002 Commonwealth Games in Manchester and staged Once Upon a Time.

In December 2009, he played the part of Queen in Snow White and the 7 Dwarves.

In the year 2004, he became a member of the judging panel of Strictly Come Dancing. After that, he was the judge on Dancing with the Stars and Comic Relief Does Fame Academy.

His contribution to Paddington 2 was that he choreographed its final scene. In the year 2018, he made his acting debut as Emmanuel Cavendish in Nativity Rocks!

Craig has published three autobiographies with Michael O’Mara Books. In 2013, he published All Balls and Glitter: My Life in 2008, and 2018, In Strictest Confidence.

The estimated net worth of Craig is around £5 million. He earns around £300,000 from his theatre work and others.

Similarly, he is the owner of two houses and each is worth £1 million.

He has dark hair and brown eyes.

Craig is upset with the higher pay of Shirley Ballas who is new to TV. Arlene Phillips supports him