Craig Strong is a former American actor and writer who turned into a real state agent. Teenage Witch actor Craig Strong is married and a father of two.

Tara is is a Canadian-American actress who has provided voice-over work for animation and video games and has performed in live-action. 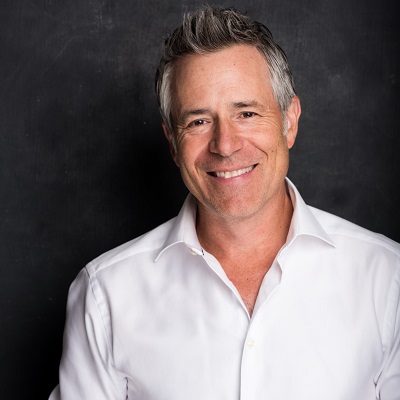 Who is Craig Strong?

Craig Strong is a former American actor and writer who turned into a real state agent.

Currently, he works as the Vice president of Luxury Home sales by Compass.

He is also the CEO of VoiceStarz, Inc., which he established with his wife Tara.

Further, he is the founder of his real estate company, Craig Strong Group affiliated with real state broker, Compass.

Craig was born on 17th January 1968, in Far Rockaway, New York City, USA. As of 2021, he is  53 years old. His birth name is Craig Michael Bistrong which he legally changed into Craig Strong in the early ’90s.

He is American by nationality and Caucasian ethnic background.

Born to father Walter and mother Susan Bistrong, he was raised along with three siblings, Kim Bistrong, Jeff Bistrong, and Danny Bistrong.

Originally from Far Rockaway, Queens, New York, Strong began his acting career as a student in 1988 at Ithaca College.

His first job was as a bartender on the Upper West Side of Manhattan. In 1994, He moved to Los Angeles and then returned to New York City a year later.

There, he continued to study acting under the mentorship of William Esper and his studio and returned to Los Angeles again after three years.

Taking about Craig Strong’s profession, Craig started his acting career as an additional cast from the 1980 movie, Cutting Loose.

Moreover, he made his debut appearance in many television series including As Told by Ginger Beverly Hills, 90210 Courting Alex Cutting Loose Sabrina, and the Teenage Witch.

In 2001, Strong and his wife established VoiceStarz, Inc., an Internet-based company that teaches people how to get into the voice-over business. He is the C.E.O. of VoiceStarz and his wife is the manager of the company.

In 2004, he became a realtor for Keller Williams Realty.

Strong and his wife developed and patented a line of baby bottles with caps that their user can set to note the calendar date for breast milk storage.

Now, he is working as a successful real estate agent and owns his own real estate company Craig Strong Group working for Los Angeles and Orange Country.

Craig’s estimated net worth is around $2 Million as of 2022. Moreover, he has earned a lucrative amount of salary from his profession. He earns an average salary of an American actor of $50249 in the United States.

Besides, Craig’s wife, Tara has an impressive net worth of $10 Million.

You may also know about the net worth, body measurement, and career of Kyle Bosworth, Mike Shouhed, and Coley Laffoon.