Creed Bratton is an American actor and musician. He has been married and divorced twice. He has one daughter from these relationships. 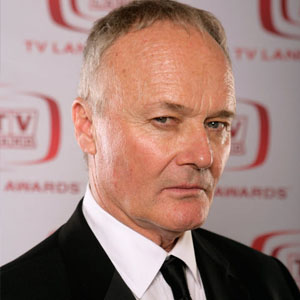 Creed Bratton was married to Josephine Fitzpatrick from September 1967 to 1974.

His second wife was Claudia Watkins Anderson whom he wed on 29 February 1976. But the couple divorced on 1 February 1983. He has one daughter called Annie Bratton.

Who is Creed Bratton?

Creed Bratton is an American actor and musician. He is popular as a former member of the band The Grass Roots. Similarly, he became popular for playing a fictional version of himself on The Office on NBC.

Creed Bratton was born on February 8, 1943, and he grew up in Coarsegold, California. His ethnicity is Caucasian and parents are William Frank Schneider and Cozzette Schneider Ertmoed.

While he was 3 years old, his father died when he was two years old after an airplane he was working on exploded.

Furthermore, he developed a keen interest in music and became a professional musician during his high school and college years.

He has attended California State University.

Early on in his career, Creed Bratton started as a traveling musician and made his way on a global excursion. In 1966, he formed a band as lead guitarist partnering alongside Warren Entner, United StatesRick Coonce, and Kenny Fukomoto.

After forming a band they sent a demo to Producers/songwriters P. F. Sloan and Steve Barri. Fortunately, they liked it and named themselves The Grass Roots. After that, the group continued to make a hit song in the United States. They created iconic hit song named Midnight Confessions.

Moreover, he co-wrote “Beatin’ Round the Bush”, “No Exit”, and “Hot Bright Lights”, and self-composed “Dinner for Eight” and “House of Stone“. The group went on to release 4 albums: Let’s Live for Today, Feelings, Golden Grass, and Lovin’ Things. In 2001 and 2002, he released three solo albums. Later on, he went on to release solo albums in 2008 and 2010.

Furthermore, he began to pursue an acting career in 1979. He has starred in films such as Mask and Heart Like a Wheel. The most successful was playing a fictional version of himself on The Office on NBC. Later on, he appeared as a special guest star in Staged with Brandon Olive in 2012. His latest project is Saving Lincoln.

Unlike other actors, he has neither been any significant rumor nor controversy sufferings in his life. There are no rumors concerning Creed and he has seldom been involved in controversies of any sort hence maintaining a good public image.

Creed Bratton has a height of 6 feet (1.83m). Unfortunately, there is no information regarding his weight and other body measurements. He is bald, His hair color is brown and eye color is hazel.

Also, read the career, salary, the net worth, controversy, and the bio of actor and musician Caleb Landry Jones, Landon Pigg, and Spencer Sutherland.