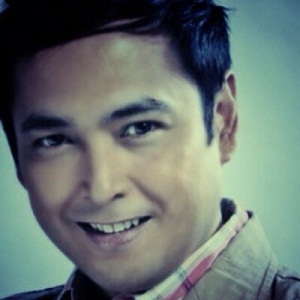 Cris is a divorced person.

Currently, he has managed to keep his personal information so secret that nothing about his present affair status is published. According to our record, he is perhaps single.

Who is Cris Villanueva?

Cris was born to Asian parents on May 23, 1971, in Baliuag, Bulacan, Philippines. His nationality is Filipino and belongs to the Asian ethnicity. His parents are Hector Villanueva, a Marketing and Advertising Businessman, and Perla Villanueva.

In one of his interviews, he told that he was mainly encouraged by his parents to secure his career in an acting field and he was also highly interested and dedicated.

He is the second oldest among his four siblings. Concerning his educational background, he attended the University of the Philippines and studied Fine Arts and Photography.

Cris made his professional debut in the year 1996 and appeared in a film titled “Madrasta” as ‘Dan’. He also appeared in hit films titled “Calvento Files: The Movie” as ‘Ernesto’ and “Miguel/Michelle” as ‘Julio’ in respective years 1997 and 1998.

Cris appeared for the first time on T.V in the year 2002 and appeared in a T.V show titled “Kay Tagal Kang Hinintay” as ‘Lenin Forte’.

The year 2006 became a fortunate year for him and appeared in four successful T.V shows and movies including “Makita Ka Lang Muli”, “Maalaala Mo Kaya: Juice” and “Maalaala Mo Kaya: Posas”. He starred as ‘Ding’ in the 2012 movie titled “The Healing”.

He hasn’t won any awards so far in his career yet.

His net worth is not published yet and is under review.

Currently, there are no drastic rumors regarding Cris’s personal and professional life. It seems like he is doing his best job without harming others for which he hasn’t been a part of desperate controversy yet.

He is height, weight, and other body measurements are unknown. His hair color is black and his eye color is dark brown.

Furthermore, also find out more about the early life, career, net worth, relationships, and controversies of actor and T.V personalities like Carlos Agassi, Betong Sumaya, and Dion Ignacio.