Criss Angel is the greatest magician and illusionist of all time. He is also a musician. Criss is married to his girlfriend since 2015 and has two children. 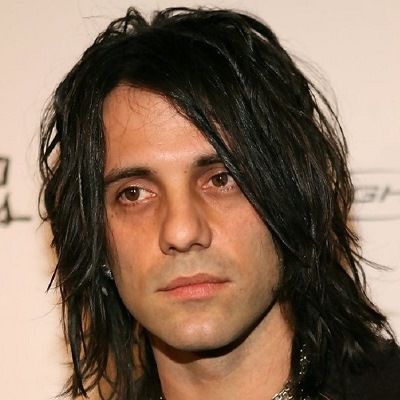 When the mind, body, and spirit work together, I believe anything is possible.

Pain is a beautiful thing. When you feel pain, you know you're alive.

Criss Angel was married to an actress Shaunyl Benson. They tied the knot on 17 Feb 2015 and together has a child, Johnny Crisstopher Sarantakos (Feb 2014). In Jan 2019, this couple has welcomed their other child, a boy. They named him Xristos Yanni Sarantakos.

Previously, he married his longtime girlfriend JoAnn Winkhart in 2002. The marriage, however, did not last long and the couple filed for divorce four years later in 2006.

After the split with Winkhart, he began dating Holly Madison.

Then, Criss and Sandra Gonzalez got engaged on September 7, 2011, in Cabo San Lucas, Mexico after the magician proposed her with a 5-carat diamond and platinum ring. Their relationship couldn’t last long and broke up roughly as Sandra chucked the ring at him while breaking up.

Who is Criss Angel?

Criss Angel is an award-winning American magician and illusionist best known for his live performance illusion show ‘Criss Angel Believe in collaboration with Cirque du Soleil at the Luxor casino in Las Vegas.

He also hosts some very popular stage and television shows and has been on primetime television for more hours than any other magician in history.

Additionally, he also became interested in magic at the age of seven after one of his aunts showed him a card trick. He began practicing magic tricks day and night and soon mastered quite a few of them. He gave his first performance at a birthday party at the age of 12.

Talking about Criss’s education history, he studied at East Meadow High School, and throughout his student days gave performances at local restaurants. By the time he graduated, he had decided to pursue a career as a professional magician.

Talking about his profession, Criss Angel began touring with other traveling performance acts immediately out of high school. Even though he did not go to college, he tried to educate himself by studying the history of magic in public libraries. He also studied the art of mysticism, music, martial arts, and even dance. He adopted the stage name “Criss Angel” at the time of embarking on his performance career.

Similarly, his first small-screen appearance was as a part of a one-hour ABC primetime special titled ‘Secrets’. His fame continued growing over the ensuing years and he found a big supporter in film director Clive Barker who asked Angel to work with him on his film ‘Lord of Illusions’.

Lately, he has performed many stage shows including ‘Criss Angel Magicjam’, ‘Mindfreak Live!’, and ‘The Supernaturalists’. Besides a magician, he is also a singer and has performed with the heavy metal band Angel and collaborated with industrial rock musician Klay Scott for Angeldust. Therefore, he also produced soundtracks for his television series ‘Mindfreak’.

He won the International Magician Society’s “Magician of the Decade” title in 2009 and the “Magician of the Century” title in 2010. In fact, Angel is the holder of several world records, including the Guinness World Record for “The most people to disappear in an illusion”, for making 100 people disappear on date May 26, 2010, during a performance of ‘Belief’ at the Luxor.

He has an estimated net worth of around $50 million (as per 2021 data) and he has earned that sum of money from his professional career. This magician has been successful in attracting people. Through his talents, he has earned fame and fortune and is living a lavish life.

Criss was rumored to be dating a few big names including Paris Hilton from 2006 to 2007, Cameron Diaz and Lindsay Lohan in 2007, Pamela Anderson in 2008. With all these hookups, his famous affair was with his ex-fiancee, Sandra Gonzalez.

Criss Angel has a height of 6 feet and he weighs 75Kg. Criss’s hair color is black and his eye color is dark brown.

Also, read the affair, salary, the net worth, controversy, and the bio of Mat Franco, Madelaine West Duchovny, Coby Cotton