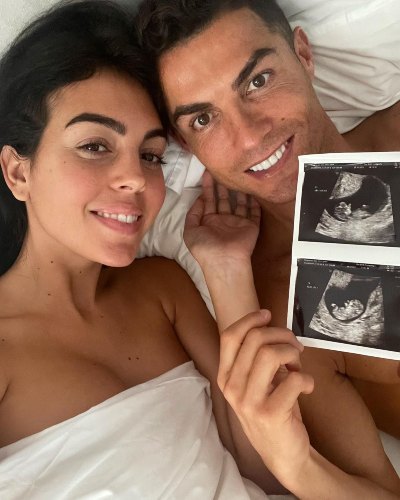 Cristiano Ronaldo and his girlfriend Georgina Rodriguez are expecting twin children! On 28th October 2021, the couple announced that Georgia is pregnant with twins. Cristiano is going to be the father of six children. They wrote,

“Delighted to announce we are expecting twins. Our hearts are full of love – we can’t wait to meet you”

In the photo, they are laying in the bed holding the ultrasound. In the next picture, Ronaldo is in the swimming pool with his four children. His mother Dolores Aveiro wished for his grandchildren to be born healthy.

Now talking about the children of Cristiano Ronaldo, his first child Cristiano Jr. was born in 2010. He was born in the USA but was taken back to Madrid to be raised in Spain and the identity of his mother has not been revealed.

Again in June 2017, he surprised fans by introducing his twin children Eva and Mateo who were born through surrogacy. A month later, he and Georgina announced that they are expecting their first children together. They welcomed a baby girl named Alana.

Also read Cristiano Becomes A Father Again, Announces He Is Now A Father To Twin Babies

Cristiano is a professional football player and captain of the Portugal national team. He is usually recognized as the best player in the world as well as the greatest of all time.

He is the all-time top goal scorer of the Portugal national team. Currently, Ronaldo plays for Spanish giants Real Madrid as a striker. Read more bio… 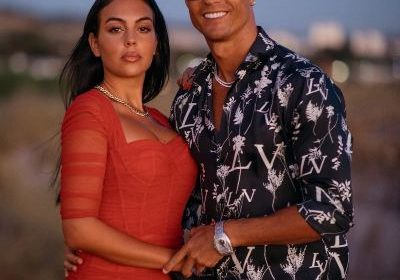