Famous for her work in movies and TV shows such as ‘21Thunder’, ‘The Art of More, and Bad Santa 2’.

Cristina Rosato is in a relationship with a Canadian actor, Greyston Holt.

The couple hasn’t revealed when they started dating and haven’t said anything regarding future plans. They often share pictures of themselves on social media especially Instagram. 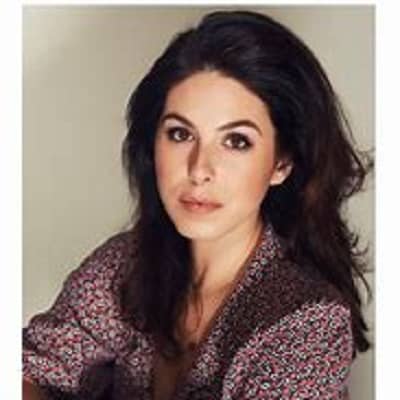 Who is Cristina Rosato?

Further, she is famous for her work in movies and TV shows such as ‘21Thunder’, ‘The Art of More, and Bad Santa 2’.

She was born on 1983, January 6 in Montreal, Canada. Her birth sign is Capricorn

Moreover, she holds Canadian nationality and belongs to the Caucasian ethnicity.

Focusing on her parent’s information, her father’s name is Tony Rosato. She lost her mother nine years ago. Likewise, she has a younger brother named Rick Rosato.

Firstly, she studied at the American Academy of Dramatic Arts in Los Angeles, California. Then, she enrolled at Concordia University where she studied Finance and Marketing.

Primarily, she began her career at the age of 20, with a role in the short film “One Hot Rotting, Zombie Love Song”. She has featured as a voice actress on various versions of the Assassin’s Creed video game franchise who has also appeared in numerous films and TV shows. Moreover, she has a major supporting part in the 2018 movie Little Italy.

This gorgeous voice actress has appeared in movies like Hidden 3D, Bad Santa 2, and mother! Similarly, she has also played in TV series such as Lost Girl, The Art of More.

Cristina has maintained her personal life in a systematic way so that she has not been involved in rumors and controversy.

The famous actress has an estimated net worth of around $2.5 Million as of 2022. She has generated income through her profession as a voice actress.

She is a tall woman who has a height of 5 feet 6 inches and her body weight is of 58Kg.

Her hair color is dark brown and she has brown eyes.