Crystal Renay is an American model best known as the wife of singer-songwriter Ne-Yo. She married and a mother of two kids.

Crystal Renay is a married woman. She married Ne-Yo on February 20, 2016. Ne-Yo previously had two kids with Monyetta Shaw. She and Ne-Yo welcomed a son of their own named Shaffer Jr. in March 2016.

Furthermore, in October 2017 they announced they were expecting their second child together. She gave birth to the pair’s second child, a son recently. 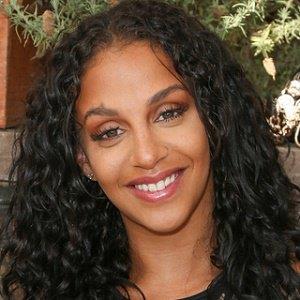 Who is Crystal Renay?

Crystal Renay is an American model best known as the wife of singer-songwriter Ne-Yo. She married Ne-Yo in February 2016.

Crystal was born in the USA on September 18, 1989. Most of the information relating to her early life and childhood years is not available at present. She is of American nationality. Additionally, she belongs to a mixed ethnic background of African-American, Italian, and Spanish.

Crystal has not revealed detailed information regarding her educational background at present.

Crystal gained the widespread fame after she married Ne-Yo in February 2016. In her Twitter bio, she has described herself as a Multi-media host, CHEF, model, and actress. She has also launched a YouTube channel called Crystals Creations which provide step by step instructional cooking videos.

Crystal has not revealed her current salary. Furthermore, she has an estimated net worth of $8 million as of 2022.

Crystal became part of a controversy after she got a warning from Ne-Yo’s Ex-Fiancée Monyetta Shaw. Furthermore, there was a rumor going on that suggested that Crystal might be pregnant with her second child. This later turned out to be true.

Crystal is quite active on social media. She has a huge number of followers on social networking sites such as Facebook, Twitter as well as Instagram. She has more than 3K followers on Twitter.

Ne-Yo and wife Crystal Renay welcomed their third baby together!