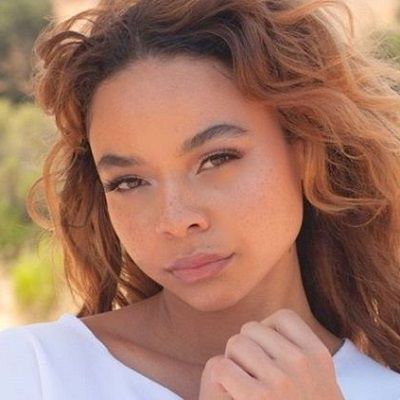 Previously, she was linked with American rapper Drake. Their relationship did not last long.

Her sister India was also linked with Drake.

Who is Crystal Westbrooks?

Crystal Westbrooks is an Instagram star. Crystal is a model and web stars.

She is known for appearing on the reality series The Westbrooks.

Crystal Westbrooks was born on 6th Match 1994 in Compton, CA.

Her sister India is a blogger and popular for her Tumblr blogging. India has modeled for several clothing lines.

According to the family children, Warren is the best father and he has always been the provider of the family. He runs a family company Royal Blunts where he is assisted by his wife.

Westbrooks belongs to All-American, Spanish, Creole, and Indian ancestry. In 2016, she graduated from Texas Southern University with a business degree.

Crystal is a model and web star. She posts modeling pictures on Instagram She posted her first Instagram post on 30th August 2013. In the picture, she was wearing a tight white t-shirt and jean shorts.

She has appeared in reality TV series The Westbrooks. The show features the lives of four sisters who have become social media stars. Her sisters India, Morgan, Bree, and Brooke have also featured in the series. After the series, their life has been compared to The Kardashians.

Crystal has curly brown hair and light brown. She is 5 feet 3 inches tall.

She is active on Snapchat as ‘cawestbrooks’.