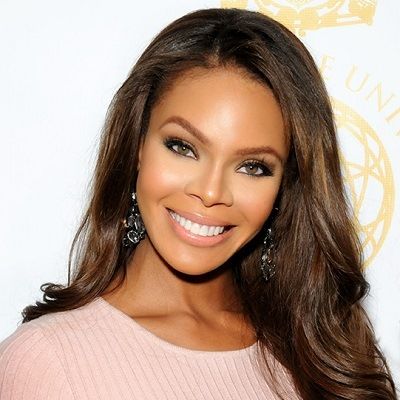 Who is Crystle Stewart?

She is a former Miss USA winner who competed in the competition four separate times before winning the crown in 2008.

She also portrayed the character of real estate agent Leslie Morris on the OWN/TBS comedy-drama television series Tyler Perry’s For Better or Worse.

Crystle Stewart was born Crystle Danae Stewart on September 20, 1981, in Houston, Texas, the United States. She is a Virgo.

Her father is Robert Stewart and her mother is Cynthia Franklin Stewart, of All- American ancestry.

She has a sister, Breana Stewart.

She attended Elkins High School, in Missouri City, Texas, the United States. Then, Crystle graduated from the University of Houston, in Houston, Texas, United States.

Stewart stepped in the industry as a model and worked for several advertisements and photoshoots.

She won the Miss Texas USA 2008 title in a state pageant held in Laredo, Texas on July 1, 2007, after competing against 121 other contestants.

Also, she competed at Miss Texas USA 2006 as Miss Harris County and placed first runner-up to Lanning for the second time.

Apart from modeling, she hosted the Miss Teen USA 2009 competition on July 31, 2009, along with Seth Goldman.

Additionally, she played the role of a secretary in Tyler Perry’s Good Deeds 2012. She received her first major role in the film with 2018 Acrimony, portraying Diana Wells.

Crystle has an estimated net worth of around $3 million.

Similarly, as a model, her average salary is $42k.