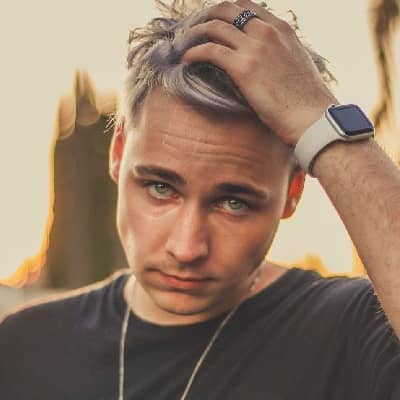 As Curtis Newbill has not provided any details about his affair or girlfriend, he is at present possibly single.

Who is Curtis Newbill?

He was born on 06 March 1996 in the United States. The name of his father is Patrick and his mother’s name is KC.

Moreover, his ancestry is Caucasian. Regarding studies, he attended V. Sue Cleveland High School which is in Rio Rancho.

Then he joined George M. Steinbrenner High School and the University of South Florida.

Curtis Newbill is now very popular for his comedy skits on TikTok which he joined in Oct 2017. Moreover, his account has gained more than 6.7m followers with over 168m likes.

Moreover, he also owns a YouTube channel which was created on 20 Sep 2014. This channel contains challenges, vlogs, personal stories videos and is subscribed by more than 12 thousand people.

However, his channel doesn’t have any uploaded videos as of Feb 2021.

This digital star has an estimated net worth of $500 thousand as of the year 2021. The yearly salary from his career is not disclosed.

Regarding Curtis Newbill’s body features, his height is 5 ft 9 inches and his body weight is 70 kg. Moreover, the color of his eyes is hazel and his hair is natural dark brown.

But he has highlighted his front hair in light brown color.