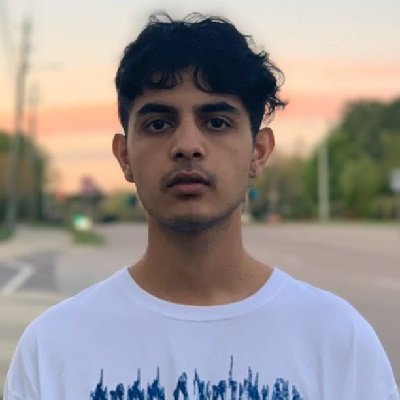 Curtis Waters’ current relationship status is possibly single. Till the date, he has not introduced anybody as his girlfriend officially.

However, his Instagram posts state that he has found the one. He often shares his picture with a girl spending quality time with each other. As of now, he has not made any official statement on the matter.

Who is Curtis Waters?

Nepal born Canadian Curtis Waters is a music artist and TikTok star. He is renowned for his TikTok star that went viral on the web.

Last, in 2020, he released his latest music singles, Stunnin’.

Curtis Waters was born on the 20th of December 1999 in Kathmandu, Nepal. His birth name is Abhinav Bastakoti. He is of Far-East-Asian ethnicity with Nepalese roots.

His father holds a Ph.D. in environmental science. Also, his mother holds a double master’s degree too. Currently, she works in Geographic Information Systems. Recently, on the 9th of July, he shared a picture of his parents via Instagram.

He was only four years old when he moved to Germany to his parents. Later, he moved to Canada when he was 10. In 2014, he moved to North Carolina, US.

Talking about his educational background, he is attending the University of North Carolina at Greensboro.

Professionally, Curtis Waters started his career as a music artist. His latest single, Stunnin’ is now available in various music platforms including Spotify and YouTube. On Spotify, the single has more than half-million downloads. Also, his single on YouTube has more than 7.79 million views.

Before that, he has released the singles including Pity Party, Prom Night, and Toxic. Recently, he has his single, The feelings tend to stay the same. Within two days, the video has more than 45.2k views.

Apart from being a music artist, he is a rising internet sensation on TikTok too. First, through his TikTok videos, he used to shares his music section. However, he got fame on the platform when he shared music verse of his single, Stunnin’.

His very first video with the music track earned more than 32.3k likes. Currently, his TikTok account has around 68.2k followers with more than 918.2k likes.

Through his YouTube channel, his earnings range from $18k – $287.2k. Apart from that, he also makes through the royalties of his music too.

As of now, he has managed to maintain his dignity as a music artist and social media star. Till the date, she has not been through any sort of controversy and scandals that created headlines in the media.

Also, he has managed to stay far from any sort of rumors too.

Curtis Waters has black eyes with black hair. He has a decent height and an average weight. However, he has not shared any details on his body stats.

He also has a self-titled YouTube channel with 50.5k subscribers and more than 11.2 million views.