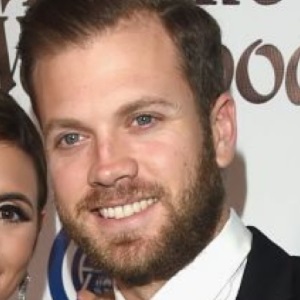 Cutter Dykstra is a married man. He is happily married to Jamie-Lynn Sigler, who is 8 years older than him. She is an actress and singer from the United States. Likewise, she is widely admired for her role as Meadow Soprano on the HBO Series The Sopranos.

Similarly, their wedding was held in 2016 at the Parker Palm Springs hotel in Palm, Springs, California. In their marriage, 150 guests were invited along with his parents, relatives, friends, and teammates.

Moreover, there is no rumor of divorce between the lovely couples. They have two children together: Beau Kyle Dykstra and Jack Adam Dykstra. Before him, she married to A.J. DiScala in 2003 and divorced in 2006.

Who is Cutter Dykstra?

He was born 29th June 1989 in Manhasset, NY.  Similarly, he is the son of Lenny Dykstra and Terri Dykstra. His father is a popular baseball player who played as a Baseball central midfielder for the New York Mets and Philadelphia Phillies. He has shown his great devotion the sports from an early age.

Likewise, his father encouraged him for baseball career. He has two brothers Luke and Gavin Dykstra. His nationality is American but his ethnicity is unknown.

Talking about her education, he attended Westlake High School in Westlake Village, California. During his high school days, as expected, he played baseball and was one of the best in his school’s team.

He started his professional career in the year 2008. He was drafted by The Milwaukee Brewers in the second round of the 2008 Major League Baseball Draft. Similarly, he played in the Washington Nationals organization Class AAA team (Syracuse Chiefs), until being released on June 14, 2016.

There is no information about the awards and nominations of Cutter.

The estimated net worth of Cutter is over $1.5 million through his baseball career. Similarly, his father has the net worth of $58 million. But he filed for Chapter 11 bankruptcy in July 2009, listing less than $50,000 in assets against $10 million to $50 million in liabilities.

Talking about the body measurements of Cutter, he has a height of 6 feet. Similarly, his hair color is dark brown and eyes color is blue.

The mom of two isn’t pregnant with her third child: Halle Berry confirmed that she is not expecting a baby