Cynthia Bailey’s daughter Noelle Robinson comes out as gender fluid! Is her mother in acceptance of her sexuality?

Posted by MarriedBiography Posted on November 20, 2019 | In Dating , Lifestyle
Share this 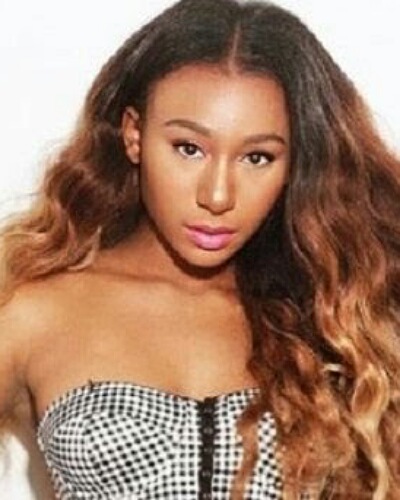 RHOA star Cynthia Bailey’s daughter Noelle Robinson recently came out as gender fluid. The Young girl is yet not sure of her sexual preferences. What is her mother’s reaction on learning about her daughter’s sexually?

The reality TV star recently had an honest conversation with her daughter, Noelle Robinson about her sexual preferences. It came out that Noelle at the moment is ambiguous about it. She is not certain whether she gits into one compartment or the other. She probably wants to experiment and then decide on it.

On the episode of the show, Cynthia is driving and her daughter Noelle is seated beside her. Cynthia starts to talk about her dating when she was at Howard University. Mother Cynthia asked:

“You didn’t meet anyone during your college experience?”

“When I helped you move in, I saw a lot of cute guys.”

“I definitely ended up meeting no a couple of girls that I thought were cool in a romantic aspect.”

Cynthia asked whether she likes both girls and boys. To this, Noelle, 20 said:

“It really just came out of nowhere a little bit. I just wasn’t really expecting that to happen.”

Mother Cynthia Bailey and her acceptance?

Cynthia made it clear later in another interview that she is with Noelle as regards her sexuality choice. She is ready to accept her with open arms. The former supermodel, 52 said:

“We all love and support Noelle.”

“It’s just new for us. We’re just trying to get used to it.”

Cynthia felt that her daughter was yet not sure of her sexuality preferences, but nonetheless, she loves, and supports her. The mother told Noelle:

“I just want you to be happy, Noelle,”

“It makes me excited that Noelle has a safe space to share. Love is love.”

Just two days before coming out, Cynthia and Noelle were atop the Bravo float in New York to celebrate World Pride at the NYC Pride Parade which also marks the 50th anniversary of the Stonewall Riots, which started the gay rights movement. Cynthia said:

“I think this is the perfect time for Noelle and I to show out,”

Cynthia Bailey is an American model, reality television star, and actress. She joined the cast of ‘The Real Housewives of Atlanta’ for the third season of the show in October 2010. More bio…

Caitlyn Jenner reveals family secrets of Kim Kardashian and husband Kanye West on I’m a Celebrity… Get Me Out of Here! This is just the beginning….
Tags : Actress Model reality TV star RHOA star