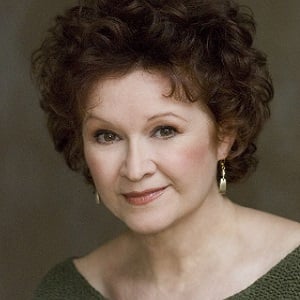 Cynthia Darlow was previously married to Ralph J Erenzo. Currently, she is married to audiobook narrator Richard Ferrone. There is no detailed information available relating to the marriage date. Their marriage is believed to be going strong as there is no news regarding any extramarital affairs at present.

Who is Cynthia Darlow?

Cynthia Darlow is an American actress. People mostly know her for playing Mrs. Moskowitz in the TV series ‘The Marvelous Mrs. Maisel.’ Additionally, she has also appeared in several other movies and television series like ‘Madam Secretary’, ‘Law & Order’, and ‘The 3 Little Wolfs’ among others.

Darlow was born in Detroit, Michigan as Cynthia A. Darlow on June 13, 1949. She is of American nationality. Furthermore, there are no details available about her ethnic background at present.

Talking about her education, Darlow attended Hampton High School. In addition, after her graduation in 1967, she attended the University of North Carolina School of the Arts and graduated in 1970.

Darlow initially performed in several theatre plays. In 1990, she had a small role of Marge – Woman at Fire in the short video ‘Sesame Street Home Video Visits the Firehouse.’ Additionally, she had a recurring role in the TV series ‘Square One Television’ that ran from 1987 to 1992. Cynthia also appeared as Lady Celestina in the TV movie ‘Fool’s Fire.’ Since then, she has appeared in numerous other movies and television series. All in all, she has over 20 credits as an actress.

Some other movies and television series that Darlow has appeared in are ‘Blue Bloods’, ‘The Last O.G.’, ‘I Smile Back’, ‘Elementary’, ‘The Savages’, ‘Pittsburgh’, ‘Building Girl’, ‘Law & Order: Special Victims Unit’, ‘25th Hour’, ‘The Sopranos’, ‘Lost Souls’, ‘The Thomas Crown Affair’, and ‘Soul Man’ among others.

Darlow has not revealed her current salary. Furthermore, there are no details available about her net worth at present.

Darlow has kept her personal life away from the media spotlight. She has not been part of any notable controversies in her career. Furthermore, at present, there are no rumors concerning Darlow and her career.

Talking about her body measurement, there are no details available about Darlow’s height and weight. Her hair color and eye color is dark brown.

Darlow is not active over the social media.