Cynthia Nixon is a famous theater, television, and film actress.

Cynthia Nixon is bisexual. She was in a long-term relationship with Danny Mozes, a school teacher, from 1988 to 2003. They had two children namely  Samuel Joseph Mozes, Charles Ezekiel Mozes.

She entered into a relationship with Christine Marinoni, an education activist in 2004, and married her on 27 May 2012. The couple has one son namely, Max Ellington Nixon-Marinoni, born in 2011. 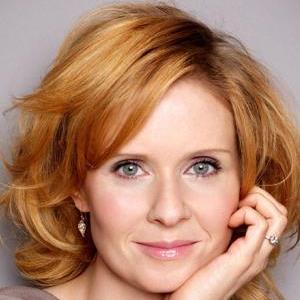 Motherhood is the only thing in my life that I've really known for sure is something I wanted to do.

Sex and the City (1998) has big fantasy elements, we're not trying to be role models. We look great so much of the time - we never have on the same outfit twice. But, frankly, most of my single friends complain endlessly that there are no men out there - so the idea that there's some fabulous guy round every corner is fantastical. It's a comedy! Who would take a social satire literally? Did anyone take Charlie's Angels (1976) literally?".

My private life is private. But at the same time, I have nothing to hide. So what I will say is that I am very happy. [on being asked by The New York Daily News about her relationship with Christine Marinoni in September 2004]

Who is Cynthia Nixon?

Cynthia Nixon is a famous theater, television, and film actress. She is known for playing Miranda Hobbes, the career-minded and cynical lawyer in the HBO series, ‘Sex and the City’,

Cynthia was born in New York City, the United States on April 9, 1966. Her birth name is Cynthia Ellen Nixon and she is currently 54 years old.

Nixon’s parents divorced when she was six years old. According to Nixon, her father was often unemployed and her mother was the household’s main breadwinner: Nixon’s mother worked on the game show, To Tell the Truth, coaching.

Talking about Cynthia’s education history, she attended Hunter College Elementary School and Hunter College High School (class of 1984), often taking time away from school to perform in film and on stage.

Cynthia Nixon is a famous theater, television, and film actress. She is known for playing Miranda Hobbes, the career-minded and cynical lawyer in the HBO series, ‘Sex and the City, also acted in order to pay her way through Barnard College, where she received a B.A.  in English Literature.

Cynthia Nixon first appeared as an imposter on the television game show, ‘To Tell the Truth’ where her mother worked. Her first acting role was at the age of 12 in the ABC Afterschool Special, ‘The Seven Wishes of a Rich Kid’ in 1979.

During 1980 she made her film debut in ‘Little Darlings’ in which she played the role of Sunshine. Whereas, the film also had other teen actresses like Kristy McNichol and Tatum O’Neal.

She appeared in two of Mike Nichols’ hit Broadway plays in 1984 while she was still a college student. The plays were ‘The Real Thing’ and ‘Hurlyburly’. After playing small roles in films she landed a major supporting role in the movie, ‘The Manhattan Project’ in 1986 in which she helps her boyfriend in building a nuclear bomb.

She played a role in the legal crime thriller ‘The Pelican Brief’ in 1993 which was based on a novel of the same name by John Grisham. The movie had Julia Roberts and Denzel Washington in the lead roles. Likewise, in 1996, she appeared in the drama film, ‘Marvin’s Room’ which was about a family whose members get estranged from each other over time but reunite when a tragedy strikes.

Her role as a career-driven lawyer who is skeptical towards men was much loved by the audiences. The series ran till 2004. Additionally, she also portrayed Mrs. Piggee in the 2002 comedy-drama, ‘Igby Goes Down’ which follows the life of Igby Slocumb, a rebellious teenager who tries to break free of his controlling mother.

During 2005, she portrayed the role of Eleanor Roosevelt in the television film, ‘Warm Springs’ which was about U.S. President Franklin D. Roosevelt’s struggle with polio.

Moreover, along with Alec Baldwin, Rory Culkin, and Emma Roberts, she starred in the independent comedy-drama ‘Lymelife’ in 2009 which depicts life on Long Island from the perspective of a teenager.

She won the Primetime Emmy Award for Outstanding Supporting Actress in a Comedy Series in 2004 for her role as Miranda Hobbes in the HBO series ‘Sex and the City.

She had also won the Screen Actors Guild Award for Outstanding Performance by an Ensemble in a Comedy Series for the same role in 2001 and 2003.

The talented actress must have accumulated a huge sum of money from her career but she has not disclosed any data about her salary, and income. As of 2022, she has an estimated net worth of $25 million.

There was a rumor that she is considering running for governor of New York on a “Today” show interview on Tuesday. Currently, she is far from rumors and controversies.

Cynthia’s hair color is red and her eye color is blue. Furthermore, her dress size is 6 (US) and her shoe size is 9 (US).

Is Cynthia Nixon running for the post of New York Governor? Know about her issues with the current Governor Andrew Cuomo, her opinions on public education, and her awareness program for Rosacea!