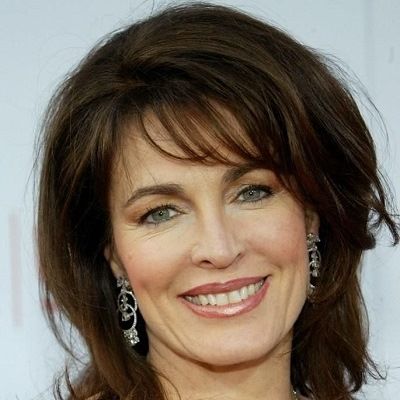 Previously, she was in a relationship with American politician, Ted Kennedy in 1972, but they got separated in 1973.

She was married to prolific producer and director, Bud Yorkin, they two met in 1985. They were married on June 24, 1989. The marriage ended because her husband died of natural causes on August 18, 2015, and the couple had two children Jessica and Michael.

Who is Cynthia Sikes?

Cynthia Sikes is an American actress and producer. Cynthia is known for her work on St. Elsewhere and Blade Runner 2049 and for her recurring roles in the prime time television soap opera Flamingo Road and JAG.

She played prominent roles in the films Possums, The Man Who Loved Women Love Hurts and Arthur 2: On the Rock.

Cynthia Sikes was born Cynthia Lee Sikes in Coffeyville, Kansas, the United States on January 2, 1954. She is a Capricorn.

She started attending Wichita State University.  Then, she attending Southern Methodist University in Dallas, and studied Journalism, before moving to California to begin her career as an actress.

She also earned a scholarship and performed in many productions, including:

Eventually, she made her Broadway debut as the “Baker’s Wife,” a lead role in Stephen Sondheim’s musical “Into the Woods”.

She started getting offers for roles in popular television programs and films. She played Dr. Annie Cavanero on NBC’s opposite Denzel Washington and appeared in episodes of Magnum P.I. She played in Los Angels  Law as Judge Monica Ryan, then Yorkin produced and starred in the CBS film Sins of Silence alongside Lindsay Wagner.

Cynthia’s recent TV role was a four-episode arc on NBC’s Aquarius with David Duchovny. She emphasizes film credits include co-starring roles in the comedies Arthur 2: On The Rocks with Dudley Moore, That’s Life with Jack Lemmon, Love Hurts with Jeff Daniels, Possums with Mac Davis and in director by Henry Jaglom’s Going Shopping. Cynthia segued into producing her first feature film, the critically acclaimed Blade Runner 2049.

She is a dark brown with blue eyes, and height 5 feet 8 inches weighs 58Kg.