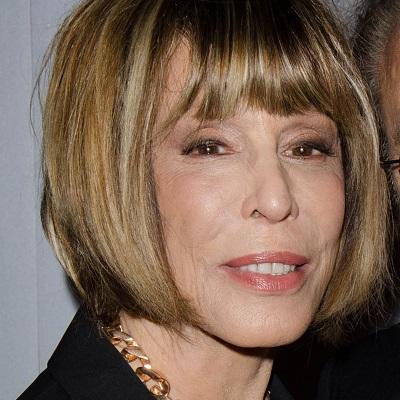 She married Barry Mann in August 1961. Barry is a musician, songwriter as well as a song producer. They have worked together in many songs and share several awards and nominees as a duo.

Together they have a daughter, Dr. Jean Mann. Jenn is an American psychotherapist, sports psychology, consultant, and author.

Who is Cynthia Weil?

She is also an author. She published her first-ever novel called I’m Glad I Did, in 2015.

Cynthia’s father was Morris Weil, who is from Lithuanian Jewish immigrants and owner of a furniture store.

Her mother was Dorothy Mendez, who is from a Sephardic Jewish family in Brooklyn.

Weil first wanted to be an actress and dancer. But, she showed her interest in songwriting. She also met her husband, Barry Mann in a process of songwriting.

In 1960, she became the most important rock and roll songwriter of Brill Building.

Weill and her husband Barry collaborate and created many songs for different artists.

Weil and Mann received an award from the Rock and Roll Hall of Fame. In 1987, she was covered into Songwriters Hall of Fame.

In 1988, she won the ASCAP Award for the Most Performed Songs from Motion Pictures: An American Tail. She shared this award with James Horner and Barry Mann. In the same year, she won the Grammy award, for the Best Song Written Specifically for a Motion Picture or for Television, the song of the year.

In 2011, they both received the Johnny Award which is the highest honor form the Songwriters Hall of Fame.

Cynthia’s net worth is approximately $100 m US.