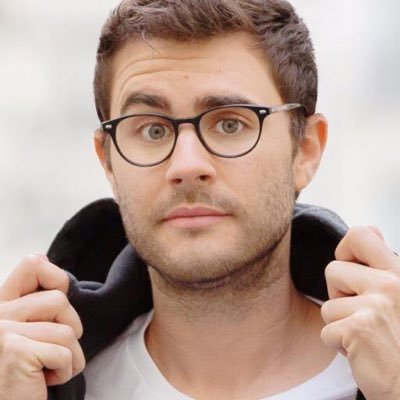 What is the relationship of Cyprien Iov?

Who is Cyprien Iov?

Cyprien Iov is a Frech comedian, actor, dubber, and blogger who is well known for his comedic videos on his YouTube channel with over 13.3 million subscribers.

She was born on 12 May 1989 in Nice, Provence-Alpes-Côte d’Azur, France. His father worked as a dental technician while his mother was a childcare worker. He has four siblings but their names are not revealed yet.

Iov holds French citizenship and his ethnicity is Romanian.

He came into the limelight after he appeared on Dailymotion originally called MonsieurDream by making podcasts. He joined YouTube on February 25, 2007, to share his sense of comedy and comedy videos while still managing time for college. Cyprien became successful in gaining achievements through his unique, fresh, and entertaining videoes. His videoes are so entertaining are everybody laughs out loud in no time.

He is now one of the most non-musical channels in France and on the French-speaking channel. Currently, his YouYube channel has over 13.3 million subscribers and 2.349 billion views.

Furthermore, he has a second YouTube channel – Bigorneaux & Coquillages (In English – Winkles & Shells) opened in 2013, and CyprienGaming. This channel has gaming video content.

Likewise, he has a clothing brand called Marmol. Over the course of his YouTube career, he has collaborated with fellow French YouTubers Norman Thavaud, and Squeezie. As of 2022, he has an estimated net worth of $5 million.

He has a height of 5 ft. 10 inches and weighs average. Also, he has hazel eyes and black hair.