What is cooking in Chef CZN Burak's personal life?

CZN Burak’s current relationship status is possibly single. He has not shared the details of his affair of his girlfriend with the public.

It is also not known whether he is married or not. 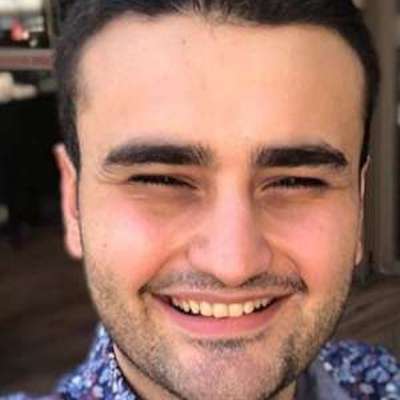 Who is CZN Burak?

CZN Burak of Turkish nationality is a chef, restaurateur, and social networking star. CZN Burak has a huge number of fans on his TikTok and Instagram accounts.

He has made a kabab that was around 40-inch in size. He has his own unique way of presentation. In his videos, he always looks at the camera with his smiling face.

He was born in 1996 in Yayladağı, Turkey and he celebrates his birthday on the 12th of March. His real name is Burak Özdemir. He is the son of İsmail Özdemir (father) and Didem Bozbura (mother).

As per his academics, he had completed his studies at the Faculty of Open Education, Anadolu University.

CZN Burak is a restaurants owner who has established a chain named Hatay Civilizations Table. It has branches running in Taksim, Aksaray, Etiler, Dubai, Kurdistan, and Tajikistan.

He joined Hilton Garden Inn, Turkey in the year 2015 as Food and Beverage Manager. Previously, he worked at Dogus Holding as their Yacht Club Manager from 2010 till 2014.

Besides this, he is one of the popular video creators who is loved by watchers. His popularity on the TikTok account by posting making different Turkish delights made him a star.

It has gained a massive number of followers of more than 56.4 million with around 1 Billion likes.

As an influencer, he runs a YouTube channel titled on his famous name where he uploads mostly videos related to his cooking, shorts, food vlogs, etc for his admirer. The channel was created in Oct 2016 and it has now over 3.71 million subscribers.

CZN is officially present on social sites such as Instagram with over 31.5 million followers where he posts his picture with his friends plus friends and videos of his recipes.

By the 2022’s data, he has earned an estimated net worth of around $11 million. However, his yearly earning from his YouTube channel is not calculated.

He owns a chain of restaurants situated in different places.

CZN Burak’sheight is 6 ft 4 inches and his body weight is average. Adding further, he has black hair and has eyes in dark brown color.

Who Is CZN Burak? An Update on His Health