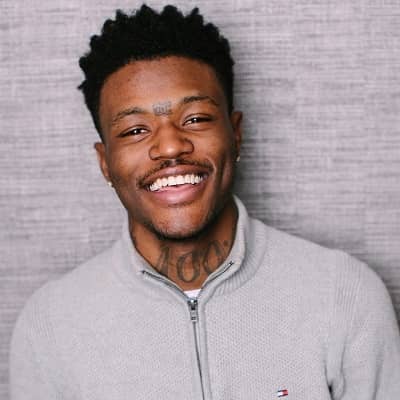 D.C. Young Fly is an American TV and film actor, writer, rapper, and producer who has appeared in various films and tv series. Likewise, he is popular for his role as Dead Ass in the Tv Series ‘Dead House’ and Calvin in the Tv Movie ‘How High 2.’

His parent’s name is not revealed yet. Young tends to keep his personal life away from media fame. Therefore, he speaks quite less about his family details. However, his mother has featured several times on his youtube channel. He has also posted his father’s photo on Instagram on the occasion of Faher’s Day. His parents divorced in 2006 when he was 14 years old.

His brother was a rapper. Unfortunately, his brother, Da Crew was murdered in 2011, and two years later his father also died after Alzheimer’s disease for several years. It was hard for him without his loved ones but he tried his best to mark his name in the showbiz industry.

He is of American nationality and his ethnicity is Afro-American. Further, his birth sign is Taurus.

D.C. Young Fly made his professional acting debut aged 24 years when she acted Wonder on the Tv Movie ‘Hollywood Hearts’ in 2016. Altogether, he has more than 24 acting credits. Moreover, he has portrayed the role of Dead Ass in the 2017 Tv Series ‘Dead House. She appeared in 6 episodes of the series. His role in the series got high recognition and was much appreciated by the audiences and critics.

Some of his Tv series and movie appearances are:

and many others. Besides, TV appearances, he is also a popular rapper and social media star. He started rapping in honor of his dead brother, Da Crew. In 2014, he released his debut song, “Westside Connections”, and his second song “M.A.P”, other songs “Right Now” and “No Weed” in 2016.

Young has yet to win any awards or nominations.

Of all his acting, movies, and dedication, why not Young has a net worth of over $2M. Likewise, Fly is a dedicated and hardworking person who focused on his professional career.

There are no rumors and controversies about his personal life or professional life. Likewise, Fly is the kind of person who always tries to mark his place in the showbiz industry.

Young stands 5 feet 11 inches tall and weighs 75 kgs. Similarly, he has a well-shaped body. He has black hair and dark brown color eyes.

Young is highly active on Social Media Sites. He has over 11.2K followers on Instagram and over 575.8K followers on Twitter. Likewise, he is active on Facebook with over 3.7M followers.