Updated On January 29, 2023 | Published By: lilly
Share this
Single 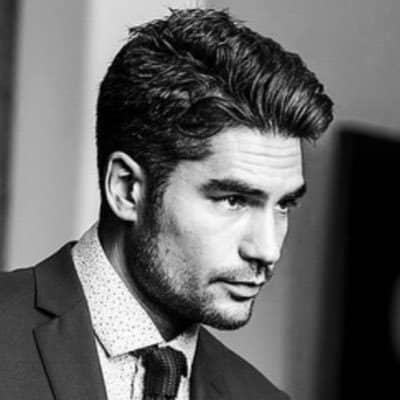 Has D.J. Cotrona been in any relationship?

He was in a relationship with Adrianne Palicki since 2011 but the couple broke up in 2013.

He dated actress Eiza Gonzalez in 2014 but the couple parted ways in 2016.

Cotrona doesn’t have any children.

Who is D.J. Cotrona?

He is mainly popular for his role in the 2018 movie, G.I. Joe: Retaliation and the horror television series, From Dusk till Dawn.

Recently, Cotrona has come into the spotlight because of his role in the DC movie, Shazam!

His mother was a teacher and his father worked in a recycling company.

He is of Italian, German, Polish, Hungarian, Austrian, and English descent.

Since young, Cotrona has been health-conscious. He used to spend his time skateboarding and keeping himself fit.

He has always been interested in film and storytelling.

When he was young, he used to make short movies with his friends but making a career out of making a film and acting never came to his mind until much later.

Cotrona wanted to become a lawyer. After his high-school graduation, he moved to Boston and joined Northeastern University to study law.

During his first year, he did a summer internship where he realized he didn’t want to become a lawyer and wanted to pursue his passion for films.

He began acting in theatrical plays during his time in college.

His passion and love for films kept increasing and he decided to pursue a career in acting and moved to Los Angeles.

He stayed there, auditioned for TV and film roles, and never returned to college.

He played the role of ‘Donovan Alvarez’ in the series

Cotrona is currently working on DC’s upcoming movie, Shazam! Fury of the Gods.

Cotrona is a very talented actor. After all his work in the acting field, he has earned a fair amount of money.

According to various sources, Cotrona has an estimated net worth of $4 million as of 2022.

His primary source of income is acting. Details of his assets like cars, and houses are unknown.

Despite Cotrona’s popularity, he has stayed away from any kind of controversies.

He values his career a lot so he doesn’t get involved in any unimportant subject.

He has black hair and brown hair.

Since young, he has been health-conscious so he tries to maintain healthy by participating in various physical activities.

Cotrona is not very active on Social Media.