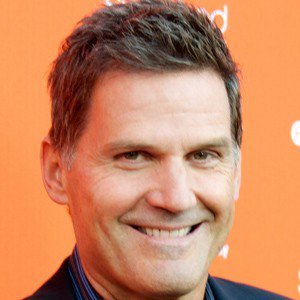 D.W. Moffett is a married man since a long period of time. He is married to his longtime girlfriend Kristal Rogers. They dated each other for several years before their marriage. The couple got married on 5 April 1997.

The couple together has two children, but the names of his children have not been disclosed to the media. The couple has been married for two decades now and their relationship is still going very well.

D.W. Moffett is a theater, movie, and TV actor in America. He is best known for his recurring role of Joe McCoy on the NBC series Friday Night Lights. He is also known for his roles as Dean Winston on NBC/The WB series For Your Love and John Kennish on the ABC Family series Switched at Birth. He took the stage name of “D.W.” to avoid confusion with British actor Donald Moffat.

D.W. Moffett was born on 26 October 1954, in Highland Park, Illinois, USA. He is an American by nationality. His ethnicity is North American.

His birth name is Donald Warren Moffett. There is no information about his parents or siblings.

He attended a private secondary school in Germany in the years 1969-1974. After that, he attended Stanford University, where he majored in political science. After graduation, he began working as an investment banker in Chicago.

After that, he studied at the St. Nicholas Theater Company. Shortly, he started his own theater company called Remains Theater.

Moffett began his career as a stage actor in Chicago.  After his successful career in stage, he went with John Malkovich to perform in Balm In Gilead in New York City. His first work on the stage was as Billy in The Real Thing (1984). His first work in television came up as Peter Hilton in the TV movie An Early Frost in 1985.

He made his movie debut playing Michael in Black Widow (1987). After that, he had roles in several movies like The Misfit Brigade, Lisa, and Pacific Heights. He also had roles in TV films such as The Equalizer, As the World Turns, Miami Vice, and The Oldest Rookie.In 1990, Moffett starred in NBC’s made-for-television film adaptation of Danielle Steel’s novel Fine Things (1990) alongside Tracy Pollan.

From 1998 to 2002, Moffett was a main cast member on the NBC sitcom For Your Love. He played Bob Hardy in the series Hidden Palms for the CW Network and starred in the 2007 CW series Life Is Wild as Dr. Danny Clarke.

He has appeared in numerous movies and TV films. Since 2011, Moffett has been cast in the series Happily Divorced as Elliot.

He also plays the lead character as John Kennish in Switched at Birth since 2011. In 2017, Moffett was named chair of the film and television program at the Savannah College of Art and Design.

D.W. Moffett has dark brown hair and dark brown eyes. Furthermore, there are no details regarding his body measurement. Also, his body weight and height are not known.