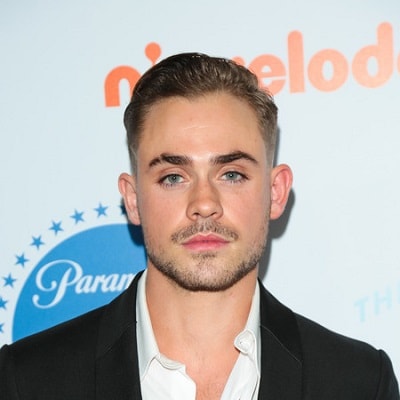 It's not just the actor in front of the camera. And it's important to have respect for all those people that work behind the camera.

Growing up, I was into 'Power Rangers.'

Growing up, I was into 'Power Rangers.'

Dacre Montgomery is currently in a relationship. He is dating Australian model Liv Pollock. The pair is in a relationship for a couple of years now and has been seen together in a couple of red carpet events including the Emmy Awards. The couple has not shared their future plans yet. Hope, they will soon tie their knot.

Who is Dacre Montgomery?

Dacre Montgomery is an Australian actor who is famous for starring as Jason Lee Scott in ‘Power Rangers’ and Billy Hargrove in ‘Stranger Things’.

He joined Mount Lawley Senior High School and then enrolled at WAAPA at Edith Cowan University. Later, he graduated in 2015 with a degree in acting.

He began performing on screen and in the theatre at the age of 9. He took comprehensive acting classes at the age of 12 with a local training school, a theatre company and gained much experience.

Finally, his breakthrough came with the 2017 film Power Rangers where he was cast as Jason Scott / Red Ranger. Since then he has starred in Better Watch Out (2017), True History of the Kelly Gang.

And most of all he is known for portraying Billy Hargrove, the main role in TV series Stranger Things from 2017 to 2019. Moreover, Dacre Montgomery has appeared in music videos of Make Them Suffer’s Old Souls and Angus & Julia Stone’s Chateau.

He has an estimated net worth of around $1 million and he has earned that sum of money from his professional career. Also, he earns around $150k per episode as a salary.

There was a rumor that his character in ‘Stranger Things’ is gay. Despite those rumors, he approved the role.

He has a height of 5 ft. 10 inches and weighs 77 kg. Darce has blue eyes and blonde hair. His shoe size, dress size, etc. are not available.