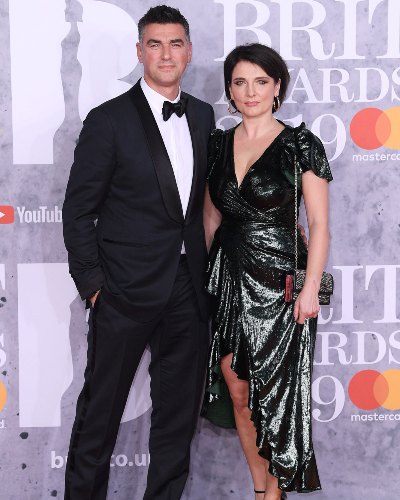 Dukagjin Lipa is the Business Advisor of Innovation at Faraday Future. He is the founder and CEO of Republika Marketing Communications Agency. Similarly, Lipa also worked as a Strategic Development Specialist Adviser for Hyperloop Transportation Technologies, Inc. He is the father of the singer Dua Lipa.

What is the age of Dukagjin Lipa?

Dukagjin Lipa was born on 5th March 1969 in Pristina, Kosova. He is 52 years old at present. He is the son of Seit Lipa who was a historian and the head of the Kosova Institute of History. Dua revealed about her grandfather’s career,

“Once the Serbians came in, they wanted a lot of the historians to rewrite the history of Kosovo. To change it – that Kosovo was always part of Serbia and never part of Yugoslavia. And my grandfather was one of those people who wouldn’t, so he lost his job, because he didn’t want to write a history that he didn’t believe to be true.”

Seit expired in the year 1999 when the Kosova war had ended. The reason for his death was a heart attack and due to the closed borders, he was in London as a refuge so could not go back to see him.

Dukagjin Lipa is happily married to Anesa Lipa since 1995. As seen in their wedding pictures, his wife Anesa was wearing headdresses of flowers and Dukagjin with long rock-star hair. Dua Lipa once revealed,

“My mum married the first man she fell in love with – first boyfriend, first everything. It does kind of paint this ideal love story in your head”

Together the couple has struggled as refuse living in London. They worked different jobs to keep them and their family happy. The couple is parents to three children Dua Lipa, Rina Lipa, and Gjin Lipa who are successful in life.

Dua Lipa is a British singer, songwriter, and model. She came into the spotlight after she launched her debut album. Moreover, two singles ‘Be the One’ entered the UK’s top-10 single as ‘New Rules’ became the UK’s number-one single.

Additionally, she has also won several awards for her achievements such as MTV Europe Music Awards in the category of Best New Act, BBC Radio 1’s Teen Awards for best single, and much more. Read more bio…