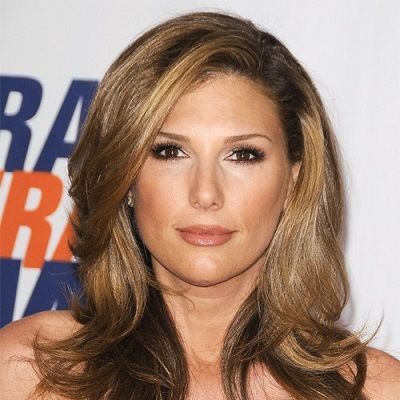 I thought that I was going to have to pay them to do what I wanted to do, that was how much fun I was having. You're 20 years old and you're hanging out with rock stars and going to fabulous parties, and then you talk about it!

When I was a junior, boys were allowed to come visit me at the house. We could sit on the porch until about 8 o'clock at night

that's when it started getting dark. That was it.

I just smoked a Cohiba the other day. It was great. You have to appreciate everything that cigar is.

You have got to pay attention, you have got to study and you have to do your homework. You have to score higher than everybody else. Otherwise, there is always somebody there waiting to take your place.

Daisy Fuentes married actor-model Timothy Adams on August 5, 1991, but the marriage didn’t last long so they decided to separate in 1995.

Then, she dated Mexican singer and Latin icon Luis Miguel for 3 years, but they went separate ways in 1998. Fuentes dated singer Matt Goss and they got engaged in 2003. However, they later broke the engagement.

Moreover, Fuentes starred in singer-songwriter Richard Marx’s music video, ‘Beautiful Goodbye.’ They dated for one year and got married on December 23, 2015, in Aspen, Colorado.

Who is Daisy Fuentes?

Daisy Fuentes is a Cuban-American television host, comedian, and model, who was one of the most well-known faces of MTV during the 1990s. She is also an illustrious model and awards ceremony host.

Daisy Fuentes was born in Havana, Cuba on November 17, 1966, and she is currently 53 years old. Her father’s name is Amado Fuentes and her mother’s name is  Maria Fuentes.

In the year 1969, when she was 3, the political unrest forced her family to leave Cuba and relocate to Madrid, Spain. Later, the family relocated to Harrison, a suburb of Newark, New Jersey.

She has a sibling namely, Rosana Fuentes Brijbag. Daisy holds Spanish- Cuba- American citizenship, but her ethnicity is unknown. Her birth sign is Scorpio.

Talking about Daisy’s education history, she attended ‘Harrison High School,’ and graduated in 1984. During her high school years, she was voted ‘Homecoming Queen’ as well as ‘Best Looking.’

During high school, she received some modeling assignments. Then, she attended Bergen Community College.

Talking about her profession, after her modeling work, Daisy Fuentes got a job at ‘WNJU-TV 41,’ the ‘Telemundo’ New York affiliated station, to present weather bulletin in the evening and late-night news.

As she was featured on ‘Telemundo,’ she initially gained fame and popularity among the Latin viewers, but soon her talent was noticed by other channels as well, and she changed over to ‘WXTV- TV41,’ an affiliate of New York’s ‘Univision.’ Here, she presented evening news as well as the weather report.

Along with these jobs, in 1988, she became the program-host of the Spanish-language music show ‘MTV Internacional’ on ‘Telemundo’ network. In the year 1993, Fuentes joined ‘MTV’ and became one of the favorite VJs – one who stood out prominently among the presenters.

In addition, she represented several companies, including Revlon, Pantene, American Express, Milles Lite, and M&M’s. She was the first Latina spokesperson for Revlon. Likewise, Fuentes hosted 3 seasons, from 1997 to 1999, of ‘America’s Funniest Home Videos’ alongside co-host John Fugelsang.

Similarly, Fuentes launched her own clothing line through ‘Kohl’s Departmental Store,’ in 2004. This proved a profitable venture. In the year 2009, she released ‘Daisy Fuentes Pilates’ game for Nintendo Wii. She has been regularly practicing Pilates for years and enjoyed the process of creating this game.

In 2012, Fuentes launched ‘Luxhair Wow,’ her own line of wigs, hairpieces, and extensions. In 2013, she co-hosted ‘Telemundo’s’ ‘La Voz Kids,’ which is the Spanish version of ‘The Voice’ (NBC). Moreover, she regularly helps in raising money for ‘St. Jude’s Children’s Research Hospital’ and also joined the ‘World Poker Tour’ for fund-collection.

Since 1997, she has been involved in this charity work and is the co-founder of the ‘St. Jude Angels and Stars Gala,’ the annual fund-raising event in Miami, which raised $1 million in 2016. Therefore, Fuentes helps in raising funds for ‘Breast Cancer Research’ and works to spread awareness through the ‘Revlon/UCLA Women’s Breast Cancer Program.’

She was nominated for Outstanding Host in a Variety/Music/Comedy Special or Series for America’s Funniest Home Videos (1989) at ALMA Award. Unfortunately, she has not yet won any of the awards.

She has an estimated net worth of around $75 million (as per 2020 data) and she has earned that sum of money from her professional career.

There was a rumor that Daisy was pregnant. Another rumor was flying about a bitter split between Luis Miguel and Daisy. Currently, she is far from rumors and controversies.